Sligo Rovers defender Johnny Dunleavy has been kicking his heels the last few months but he's ready to roll and desperate to hit the ground running.

The Bit O'Red had made a nightmare start to the campaign before the Covid-19 pandemic put soccer on ice.

Liam Buckley's men are rooted to the bottom of the Premier Division having lost all four of their games but Donegal man Dunleavy is confident they'll emerge from the lockdown in much better shape.

Given that Sligo Rovers only have 14 games remaining in this shortened season, he also accepts a strong re-emergence is crucial.

"We had a frustrating start, it's clear for everyone to see," Dunleavy told RTÉ Sport's Tony O'Donoghue.

"There were a number of reasons possibly for that, a number of games we could have got results out of that we didn't.

"We also had a massive number of players injured at that time, particularly in defence. A lot of those lads are back fit now. They're raring to go and the squad looks strong.

"We can't wait to get started. It's been a long time coming after an uncertain few months for everyone so it's going to be great to get back out on the pitch - and it's a nice tough start up at the Brandywell.

"Every game is magnified. It's different; everything is different. We just have to adapt to it. We're really excited and can't wait to get going." 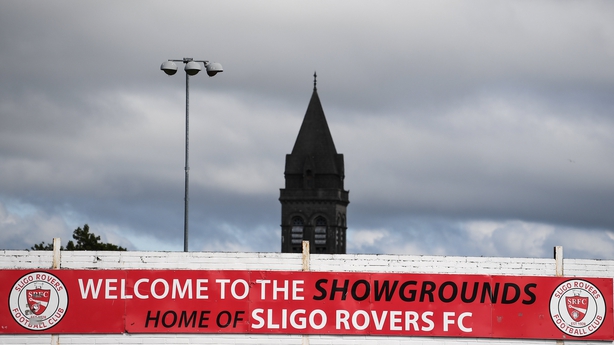 It's been a hugely challenging time for all League of Ireland clubs who have had to quickly adapt to life without the much-needed revenue that matchday crowds usually bring.

Nobody knows when fans will be able to return to grounds in the numbers they did before, though the launch of a first-ever streaming service for the SSE Airtricity League at least gives supporters the opportunity to watch the behind-closed-doors matches.

To help their club, Sligo's Bit O'Red Supporters Trust recently organised a GoFund Me page that raised an incredible €85,000. Dunleavy said it typified the "passion" of the fanbase.

"I've never seen anything like it. I think they had €50,000 raised in two or three days. It just shows the level of support that's there for the club, the passion the people have.

"For us as players it's a privilege to be able to play in front of passionate people like that. Unfortunately we won't be able to do that for the next couple of months but we know well they'll be getting behind us from the couch at home.

"As far as I can see [the WatchLOI streaming service] is a fantastic initiative. To give people a break from the difficulties of normal life at the moment to go and watch football, it's going to be fantastic for them.

"They can watch every game from now until the end of the season. I really do hope that it turns out to be a roaring success."