Leeds have begun their celebrations after sealing promotion to the Premier League after 16 years outside the top flight, with huge praise being showered on the man who made it happen - Marcelo Bielsa

The West Yorkshire club were guaranteed automatic promotion from the Sky Bet Championship after second-placed West Brom lost 2-1 at Huddersfield.

Leeds had moved on to 87 points on Thursday following their 1-0 home win against Barnsley and West Brom's defeat left them five points behind with one game to play.

Jubilant fans gathered at Elland Road to celebrate the club's return to the top table of English football, while the players were also in party mode as they danced and saluted supporters from the windows of the stadium.

And videos on social media showed manager Bielsa, the inspiration behind the club's resurgence, elbow-bumping fans near his home in Wetherby as they congratulated him. 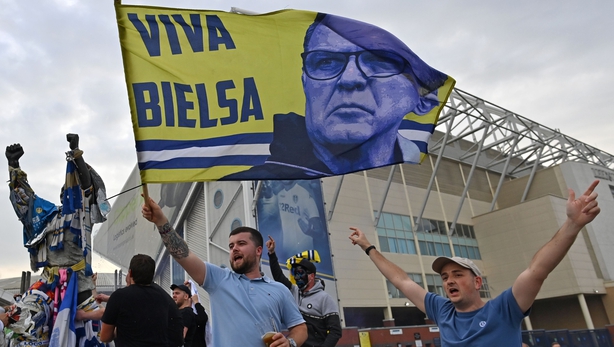 The 24-year-old told BBC Radio Leeds: "There's no manager I would rather be under than Marcelo Bielsa right now.

"At an age when I'm trying to develop, he's the perfect manager to have. The Premier League is the best league in the world and, after 16 years, we're back in there."

Captain Liam Cooper said the club's promotion had "still not properly sunk in".

"Our club, our fans and our players have sacrificed so much - we've been in the doldrums for 16 years," he added.

"To be part of this team and to lead this team to promotion back to where we know we've always belonged is unbelievable."

It has been a long and often tortuous road back for Leeds, who were relegated from the Premier League in 2004 amid a spectacular financial meltdown.

The fallen giants have spent 13 seasons in the Championship and three in League One after dropping into the third tier for the first time in their history in 2007.

Leeds' debts had spiralled to over £100m in 2003 under former chairman Peter Ridsdale and there were fears the club could go out of business.

They were forced to sell all their players and other assets, including Elland Road Stadium and their Thorp Arch academy, and have since stumbled from crisis to crisis under a succession of different owners. 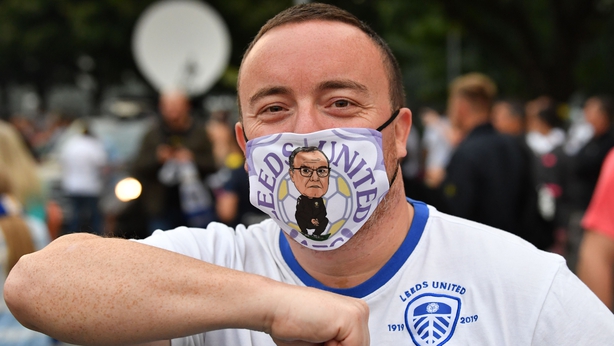 Leeds went into administration in 2007 under Ken Bates and fared little better under subsequent owners GFH Capital before the arrival of controversial Italian Massimo Cellino.

During Cellino's chaotic three-year ownership Leeds had seven different managers, but current owner Andrea Radrizzani bought a 50% stake in Leeds in January 2017 to signal the dawning of a new era.

Radrizzani purchased the remaining 50 per cent from Cellino the following May and Leeds made a bold statement of intent by appointing Bielsa in the summer of 2018.

It was an expensive gamble, but Bielsa proved an instant hit, transforming the same squad he inherited into genuine promotion challengers in his first season.

That ended in disappointment when Leeds fell short in the play-offs, but Bielsa and his players have bounced back.

Leeds have continued to light up the Championship with Bielsa's exciting brand of football and few could begrudge them their place back among the elite.

Former manager Kevin Blackwell, who guided Leeds to the Championship play-off final in 2006, said promotion was "massive" for the club.

"I'm absolutely delighted for them," Blackwell, recently appointed as Neil Warnock's assistant at Middlesbrough, told the PA news agency. "It's something I wish I could have done, but didn't quite manage it.

"Knowing the club, the fans and the expectation, this is massive for them and all credit to Bielsa and his team for getting them over the line. I know how tough it is.

"Leeds United is one of the clubs that every team wants to beat and that's what makes it harder to get out of the Championship, so all credit to the owner, Bielsa and his players.

"Believe me, to win the Championship it is a tough, tough slog and the pressure was really on Leeds this time." 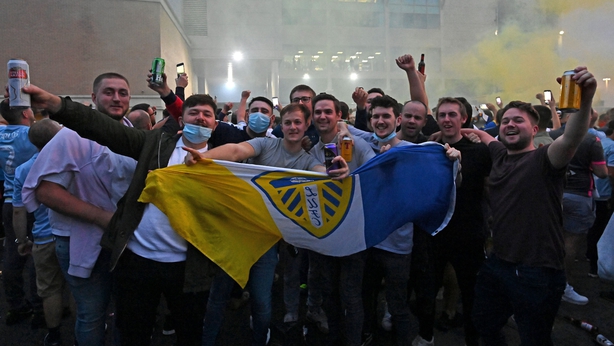 Leeds promotion was also greeted with joy by a host of their former players.

Former goalkeeper Paul Robinson told Sky Sports: "It's been long-awaited and very long overdue. When I played that last game in 2004, 16 years ago, you never envisaged that Leeds United would be out of the top flight for so long, and even dropping to the third tier of English football.

"From what Marcelo Bielsa inherited two-and-a-half-years ago - a team that finished 14th in the Championship - to now automatic promotion to the Premiership, it's absolutely fantastic.

"The biggest thing Leeds did at the end of last season was keep the manager.

"We've heard plaudits from many managers, Pep Guardiola to name one, that name him as a mentor or guru.

"He's an oddball, he's a scientist, he's a professor of the game.

"We've seen that with spygate and everything else that comes with him, but it just all adds to the Leeds United history. Love them or loathe them, they're back in the Premiership."

Former Leeds goalkeeper Nigel Martyn posted: "Congratulations to everyone at @LUFC on promotion, so pleased for the management, players and most importantly the fans. The football has been amazing to watch and it's fully deserved. Now go and win it outright!!"