Real Madrid skipper Sergio Ramos saluted manager Zinedine Zidane as a "unique coach" after he guided the club to a first LaLiga title in three years.

Real's 2-1 win over Villarreal at the Alfredo Di Stefano Stadium last night handed them a 34th Spanish league title with a game to spare, on an evening when arch-rivals Barcelona slipped to a shock 2-1 defeat against Osasuna at the Nou Camp.

Ramos lifted the trophy at an empty stadium, having paid tribute to the Frenchman who had brought the title back to Madrid courtesy of a 10-game post-lockdown winning run.

He told LaLiga TV: "Zidane has been key. He's the captain of the ship and he led us right from the start of the season. He put a lot of faith in all of us players and we have always felt protected with Zizu.

"He believed in us, we've all believed in the work we have done and let's hope that it's valued properly. He's a unique coach.

"It's been a strange season, but our objective was very clear once the league restarted: we wanted to win every game. There were no doubts in our minds and we have shown that on the pitch.

"It's difficult to win every game - you can't win these matches easily, every rival is difficult - but this is the reward for all our hard work and I'm very happy with my fifth title." 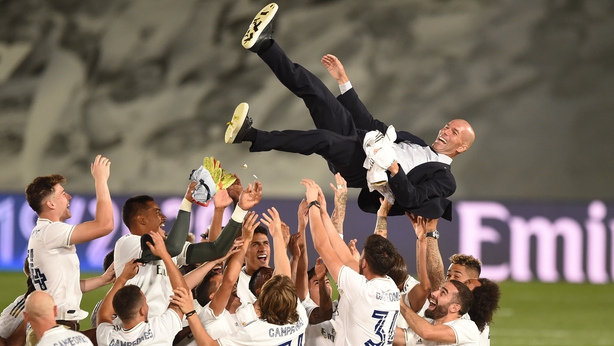 Karim Benzema's double, which took his tally for the season to 21, ultimately clinched victory, but a late header from Vicente Iborra sparked a late flurry during which goalkeeper Thibaut Courtois had to make an important save.

The Belgium international too reserved special praise for his manager.

He said: "Zidane has been very important. He made the plan that we followed. We all trusted in him, he's trusted in us. We had a very clear objective at the start of the season and we've achieved it."

The man himself was thrilled with the club's title success and admitted achieving the target he set himself when he returned to the Bernabeu in March last year was even better than winning the Champions League.

Zidane said: "The Champions League is the Champions League, but the Spanish league requires such an amount of effort, 38 games, and if at the end of those 38 games you have got more points than anyone else, then it's fantastic.

"Today is one of the best days for me as a professional and after everything that's happened, the three-month break, it's fantastic what's been achieved.

"I had my role to play. I believe in the players and I'm just happy for them because they're a group of humans before footballers. They're good people.

Barcelona had been unbeaten in 30 home games until last night's defeat, which was a fitting finish for a title defence that faded after La Liga resumed in June.

Barca had led Real by two points before the Covid-19 pandemic intervened but have won only six of 10 games since.

Captain Leo Messi said: "We didn't expect to finish in this way, but it sums up the year for us.

"We are a weak team who can be beaten with enough intensity and enthusiasm.

"We have lost a lot of points which we shouldn't have done. We have been very inconsistent.

"We need to be self-critical, starting with the players, but also across the entire club. We are Barcelona, and we are obliged to win every game." 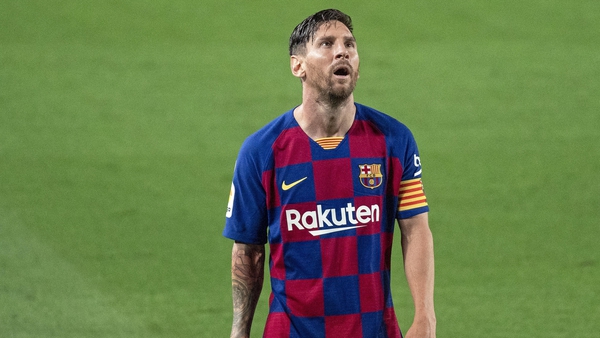