Chelsea may have produced an underwhelming performance in beating Norwich City 1-0, but manager Frank Lampard said all that mattered was taking the three points on offer.

The victory at Stamford Bridge over already-relegated opposition consolidated Chelsea's third place in the Premier League as they bid for a top-four finish and Champions League football again next season.

"The game was okay, but results are critical. We could have won by more, we could have been a bit better with our quality," said Lampard after Olivier Giroud's goal on the stroke of halftime took them four points clear of Leicester City and Manchester United.

"It was okay, professional would be a word. I want more but that can wait. I think that where we are at the moment as a team and the position we are in, three points was everything tonight." 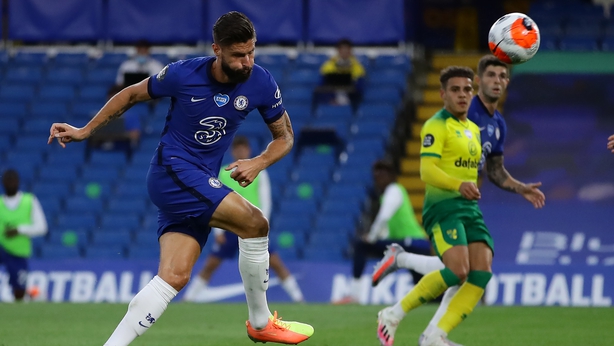 Lampard said there was a lot of room for improvement.

"I believe in the group having more quality than we showed in those early stages. We need to move the ball quicker, not take too many touches and allow the opposition to be compact. We have to be more mobile in the way we play our rotations. We’ve done it before this season but if we want to really move up, longer-term, then it can be better.

"But I don’t want to be too critical after three points at this stage (of the season). It’s not easy, there was a nervy feeling for understandable reasons and so I’m pleased."

Chelsea had lost 3-0 away at Sheffield United on Saturday. "There was a bit more personality in our game tonight," Lampard added.

Yet he stressed there was no guarantee of a top-four finish, with two tough games ahead to complete their league campaign - away at champions Liverpool next Wednesday and then home to Wolves on 26 July.

"It’s a tough one to call, we know our fixtures are hard, but then so are they for everyone else. But we take our three points tonight, we’ll worry about ourselves only but there is obviously still work to do." 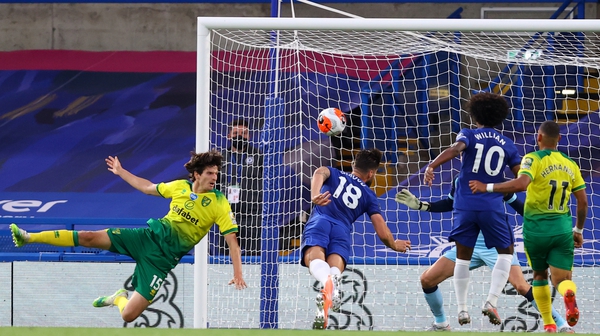