Wigan claimed the biggest league win in their history as they responded to their looming 12-point penalty in spectacular fashion with an 8-0 rout of Championship relegation rivals Hull.

The Latics struck seven in an extraordinary first half as they made sure of a win which moves them out of the bottom three on goal difference at Hull's expense, once the expected sanction for falling into administration is applied.

Wigan's win surpassed their previous best league triumph, a 7-0 win at Oxford in 2017, while it also matched Hull's previous worst league result against Wolves in 1911.

Kal Naismith put his side in front after a minute then Kieffer Moore and Kieran Dowell struck twice apiece and Jamal Lowe and Joe Williams also netted before the interval.

Dowell completed his hat-trick with a stunning effort after the break before the hosts eased down, while Hull boss Grant McCann's job is in serious jeopardy after the Tigers' fourth defeat in a row. 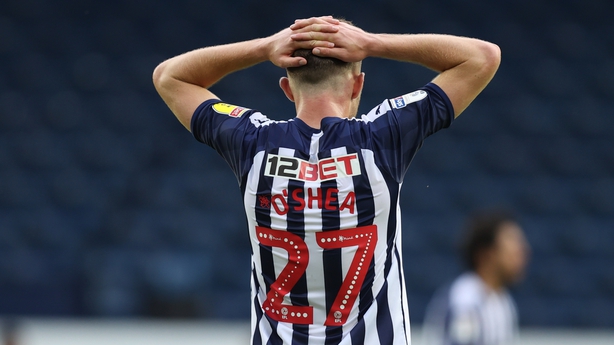 West Brom's hopes of securing automatic promotion remain in the balance after they were held to a goalless draw by Fulham at The Hawthorns.

Grady Diangana was denied by Fulham keeper Marek Rodak in the second half before Anthony Knockaert fired a 25-yard effort against the bar for the visitors.

A Wayne Rooney mistake all but ended Derby's promotion hopes as Cardiff consolidated their position in the Sky Bet Championship play-offs with a 2-1 home victory. 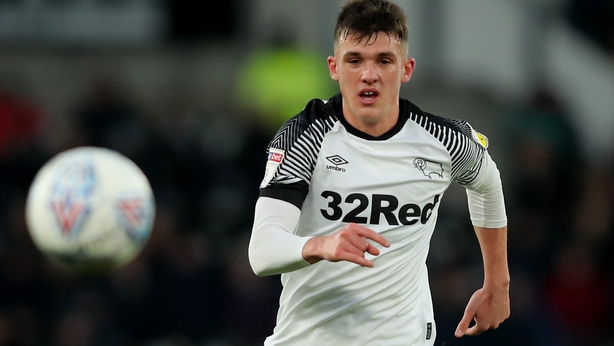 Republic of Ireland Under-21 international Jason Knight (above) had earlier cancelled out Junior Hoilett's first-half effort to restore parity for Derby.

But Derby were punished after 59 minutes when Rooney was caught in possession by Lee Tomlin, who ran away to restore Cardiff's lead and keep them in sixth spot and the final play-off place, two points above Millwall.

Patrick Roberts struck an 82nd-minute winner as Middlesbrough hit back from behind to win 2-1 at Reading and give a huge boost to their survival prospects.

Liam Moore put Reading in front just past the half-hour mark but a header from Ashley Fletcher on the stroke of half-time hauled Neil Warnock's side level and they went on to snatch the points late on. 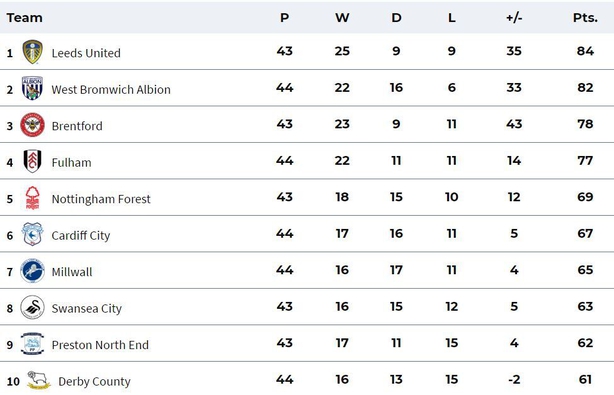 Luton missed the chance to move out of the relegation zone as they were held to a 1-1 draw by QPR.

James Collins fired the Hatters ahead - and temporarily out of the bottom three - from the penalty spot, but Dominic Ball pegged them back after the hour mark.

The Lions made it back-to-back 1-0 wins, after the weekend success at Hull, and moved up to seventh, but are still two points off Neil Harris' Cardiff after the Bluebirds beat Derby.

Gary Rowett saw his team end their long wait for a win at the Den - with their most recent before this on 18 January- and it was also their first triumph over Blackburn in seven years.

Defeat for Rovers means they can no longer finish in the top six and they remain 12th in the table. 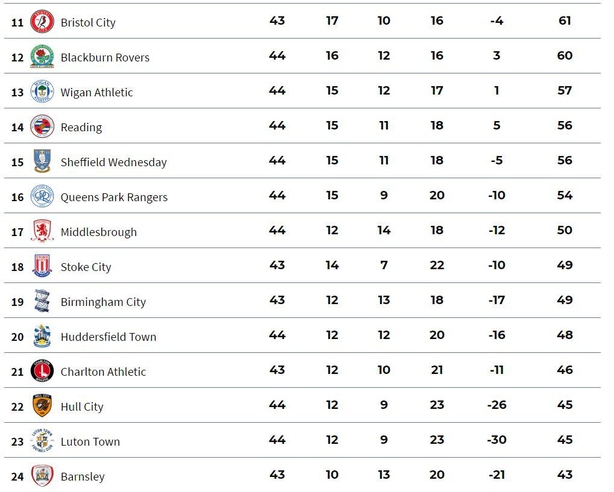 Huddersfield's relegation fight still hangs in the balance after a 0-0 draw at Yorkshire rivals Sheffield Wednesday.

It could have been worse for Town, though, as goalkeeper Jonas Lossl came to their rescue twice in the first period to keep out goalbound efforts from Wednesday's Moses Odubajo and Kadeem Harris.

Huddersfield, whose winless run was extended to four matches and who have not scored in over six hours of football, are two places and three points above the drop zone with two games left to play.