Newly-appointed Waterford manager John Sheridan has targeted securing European football in the remainder of the SSE Airtricity League season and a tilt at securing the league title while at the RSC.

The former Republic of Ireland international was named the surprise successor to Alan Reynolds last week.

He arrives with over a decade of managerial experience in England at the likes of Oldham Athletic, Chesterfield and Notts County.

Uncertainty surrounded Waterford and indeed the league itself in recent months as attempts to restart senior football in the country became increasingly difficult, before a resolution was eventually found.

However, the former Plymouth Argyle boss has no worries about events of the past.

Speaking to 2fm's Game On, Sheridan said: "If I had concerns I don't think I wouldn’t have accepted it. It gives me an opportunity and I respect that someone wants to give me the opportunity to come and manage the team.

"I’ve been out of football for a little while. I was going to have a little time off and have surgery on my knee.

"But that was cancelled so it gives me the opportunity to get my face back in football. If I can give them my experience and help them compete and achieve and try to get up and win the league, get in Europe, that is what I’m going to try and do. We’ve got to be positive and think we can do that.

"I am looking forward to it. It’s a bit different to me. I’ve been a manager now for over 12 years. I’d like to think I’m just going to bring that bit of experience.

"Obviously we have the coaches already here who will help us and I’m coming with the belief we can have a really good end to the season.

"I’m coming with the main objective of doing well with the team. I want the players and supporters to really believe and try to get into Europe.

"I’ve seen the fixtures and I really think there is a great chance of me doing that and the team doing that. That is one of the reasons I’ve come and hopefully that is what we are going to achieve. It’s a young team, I’ve heard good things.

"I don’t know too many of the players, I know some of them. I’ll get used to them and hopefully we can hit the ground running, get results quickly and get the confidence to have a good successful campaign." 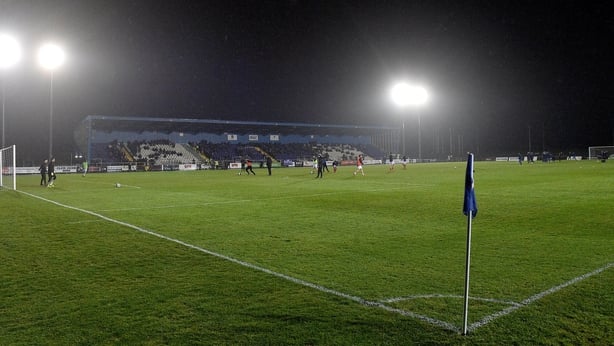 Chaiman Lee Power’s relationship with Sheridan was a factor behind the appointment.

Sheridan’s knowledge of his new club and the league is limited. He expects to adapt quickly.

"I do know the chairman, I’ve known him quite a long time. We’re not great friends, but I know people who worked around Lee at Swindon. I just know him over the years.

"I have the qualifications and I’m available, and the opportunity was there to come over so that is just the way it worked. It happened very quickly but I’ve come for a reason; to do well.

"There are teams I know, the Dublin teams and teams that have played in Europe. Waterford….not too much if I’m being honest with you. But I know they’ve had a successful last couple of years, getting promotion and just missing out on Europe.

"The facilities and everything are spot on. There are some good teams, it is a very evenly-matched league, and there is a massive opportunity of getting European football. That is one of the attractions. Hopefully we can achieve that."

Waterford have six points from four matches and play bottom side Sligo Rovers in a rearranged match early on in the resumption of the league, as well as newly-promoted Shelbourne in their first game.

It gives them a chance of climbing the table early on, he believes.

"If you can win that game in hand, nine points from five games is a reasonable start. I think lot of the teams will believe they can get in and around it and get into Europe.

"I have to look at the team and make sure the squad is strong enough in case of injuries.

"There are some good prospects and if I can just add one or two possibly with a bit of experience to help those players, I think we’ll have a good season. Hopefully we’ll compete against the best teams."