Dundalk manager Vinny Perth believes there aren't enough football people making football decisions and reiterated his view that the proposed League of Ireland structure does the game a disservice.

Speaking on the RTÉ Soccer podcast, Perth voiced his concerns with the direction the FAI may be heading and feels the decision made with regards to the resumption of the league is the wrong call.

Dundalk and eight other Premier Division sides - with Shamrock Rovers the only exception - sent a letter to the FAI expressing misgivings with the way the resumption of football was being handled.

The nine clubs put forward their collective belief that the league should not be retaining the original promotion-relegation format and maintain that the 31 July return date was announced before being relayed to them.

Perth believes he has at his disposal what the feels is his strongest squad in eight years at the club after bolstering his attacking options, but now will have only a relatively short period with the group before the campaign concludes.

"We're a little bit hurt [by the restructuring]. Thirteen games is not what our squad is designed for so it’s a challenge for us," he told the podcast.

"That’s football clubs voting not to play football," adding that the club does respect the decision that was taken even if it doesn’t agree with it.

Fundamentally, Perth believes one glaring weakness in the game is the lack of informed personnel from a playing/management perspective involved in the decision-making process of the game, highlighting the FAI’s decision to advertise of a League of Ireland Director from internal candidates only.

"We don’t have enough football people with an understanding of our league making these decisions.

"Maybe the best person to run the League of Ireland is in the FAI already, but why in such a crucial time for Irish football is that position not advertised externally?

"Why aren’t the real football people in Ireland making football decisions? I’m concerned that at this crossroads we are going to take a wrong turn."

The Lilywhites boss backed the All-Ireland League, saying it would push clubs on both sides of the border to new heights. 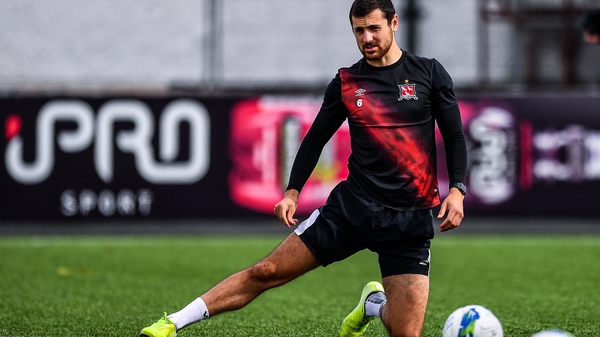