Matheus Pereira produced a hat-trick of assists to keep West Brom on track for automatic promotion after a 4-2 win over Hull in the Sky Bet Championship.

The Brazilian playmaker was on top form at the Hawthorns to ensure the Baggies remain five points ahead of Brentford in third.

Charlie Austin opened the scoring in the fourth minute for Slaven Bilic's men after he poked home on his 31st birthday.

Hull responded 20 minutes later when Kevin Stewart found the net, but Ahmed Hegazi's goal for West Brom with 37 played ensured they were ahead at the break. 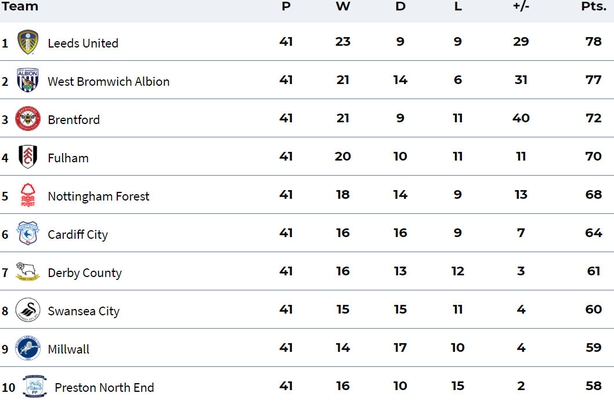 Mallik Wilks levelled with a header three minutes into the second half to boost the Tigers' battle for survival.

That was as good as it would get for Grant McCann's men though, with Pereira producing a sensational through ball for Kamil Grosicki to score and put the promotion hopefuls back in front in the 49th minute before they wrapped up the victory with 14 minutes to go.

West Ham loanee Grady Diangana cut inside from the right and drilled home off the post before Hagazi put a slight damper on proceedings when he was shown a second yellow card in stoppage time.

Dubliner Dara O'Shea featured at right-back for the hosts. 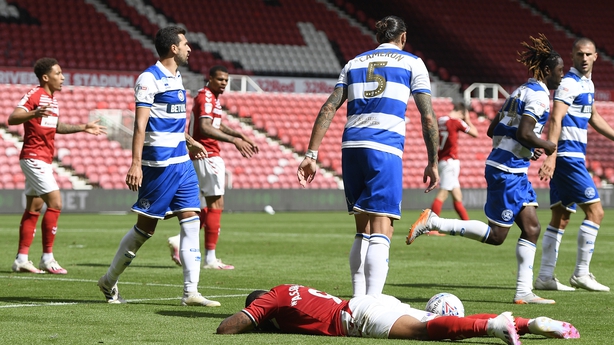 QPR inflicted a second straight defeat on Middlesbrough to keep Neil Warnock's side in the bottom three.

After losing at Hull on Thursday, Boro were eager to secure a first win at the Riverside in 2020, but went down to Jordan Hugill's 32nd-minute effort.

The forward endured a difficult loan spell at hometown club Middlesbrough last season and came back to haunt them with a superb effort from 30-yards.

It would prove Hugill's last action of the afternoon after he appeared to injure himself while firing the R's ahead, but the visitors held on to secure a 1-0 victory which moves them up to 13th and keeps the home side in the relegation zone. 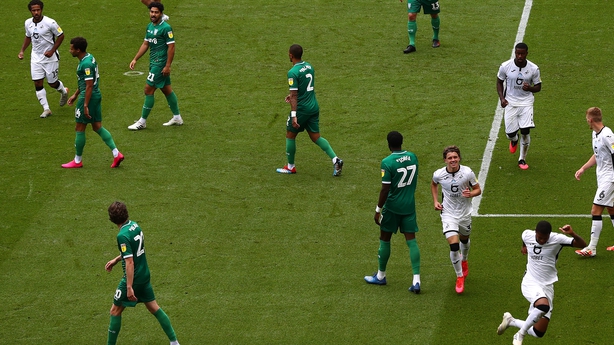 Rhian Brewster and Andre Ayew kept Swansea in the race for a play-off berth with a 2-1 home win over Sheffield Wednesday.

After a goalless first half, Steve Cooper saw his side take the lead through on-loan Liverpool forward Brewster when he pounced quickest after 52 minutes from Connor Roberts' cross.

The Swans doubled their advantage 14 minutes later when Ayew fired home from the penalty spot after Roberts had been fouled by Adam Reach.

Atdhe Nuhiu pulled one back for Garry Monk's team at his old club, but it was too little, too late and the hosts sit eighth and four points behind rivals Cardiff in sixth.