Both Scots are icons at their former clubs.

Ferguson, who managed United from 1986 to 2013 and famously declared he wanted to knock Liverpool "off their perch", led his team to 13 Premier League trophies, five FA Cups and two Champions League titles, passing out their rivals and setting a new English record of 20 league crowns.

"He (Ferguson) contacted us to say congratulations by the modern medium," Dalglish said, after Liverpool secured their 19th title and first since 1990 this week.

"You go through the older generation – Fergie at Manchester United, Brian Kidd, Mike Summerbee; all the old foes who went through football at the same time as us – and at the end of the year you sent a letter of congratulations to say well done.

"That continues through. It is a great compliment. You are in competition and rivals, but you are magnanimous enough to send a letter saying congratulations. Everyone is in the same game, aren't they?"

Liverpool won the title after second-placed Manchester City were beaten 2-1 by Chelsea on Thursday, leaving the new champions with an unassailable 23-point lead with seven games left.

Dalglish, the last manager before current boss Jurgen Klopp to win the league with Liverpool, also praised skipper Jordan Henderson, who he signed from Sunderland during his second stint at the Merseyside club from 2011-12.

"He was determined to be a success in football. He's the only Liverpool captain who will have lifted this trophy but also the Club World Cup as well," the 69-year-old said.

Meanwhile, fans gathering in Liverpool city centre to celebrate their team's Premier League title win have been urged to return to their homes due to fears of a surge in Covid-19 cases.

Thousands of fans turned up at Anfield stadium on Thursday to celebrate the win, and Merseyside Police issued a dispersal order on Friday after crowds gathered for a second consecutive night at the city centre near the Mersey Ferry terminal. The police said on Twitter that the order would remain in force until Sunday.

Liverpool mayor Joe Anderson urged fans to return home after pictures of the crowd near the Mersey Ferry terminal emerged on social media.

"I am really concerned about scenes at Pier Head tonight. I appreciate LFC fans want to celebrate but please, for your own safety, and that of others, go home and celebrate at home," Anderson said on Twitter.

"Covid-19 is still a major risk and our city has already lost far too many people to the illness.

"People are asking why we are not moving the fans on, or taking action to prevent them gathering. Councils simply do not have the power to do this. If you know someone who is there, please message them and ask them to come home."

Britain has one of the world's highest death tolls from the novel coronavirus. The country has reported more than 309,000 infections and over 43,400 deaths.

Liverpool chairman Tom Werner believes the club's hunger for success will not diminish in the wake of their maiden Premier League title win and is hopeful of "another period of sustained success".

American Werner hailed the contribution of Reds manager Klopp in creating a winning mentality at Anfield.

The 70-year-old accepts it will be difficult to be maintain this season's "extraordinary level" but is confident the good times can continue.

"We want to undersell and overdeliver. We hopefully would be ensuring another period of sustained success," Werner told liverpoolfc.com when asked about the club's next steps.

"The competition is fierce and I know our rivals are working tirelessly to upend us. But we've got such talent in place as Jurgen, as Michael (Edwards, sporting director) and the team on the pitch.

"One of the things that stuck with me this year was their hunger for winning. I don't think that will be diminished. They're such a good group of players.

It is our goal to continue to play with this quality

"I have such fondness for them as individuals off the pitch. They're humble, they're kind, they enjoy each other's company. You could see that in the videos when they were all celebrating.

"It's a lot to ask them to stay at this extraordinary level but it is our goal to continue to play with this quality."

Werner heaped praise on the German coach but stopped short of judging him alongside the great managers of Liverpool's history.

"I didn't have the pleasure of knowing or watching the great football of (Bill) Shankly and (Bob) Paisley, so I don't really want to compare Jurgen to previous managers," said Werner, who has been chairman of the Merseyside club since 2010. 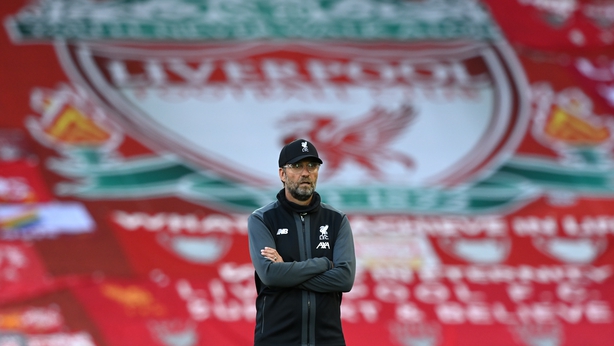 "I just know that the league is extremely competitive and when we first became involved in Liverpool over 10 years ago, we were not even thinking about winning the league.

"Our dream was to just become top four and make it to the Champions League.

"One of the things that I'm just joyful about whenever I watch the team is how many players contribute.

"I also enjoy their joy because I saw a video of them celebrating together and you could just feel the camaraderie that this club has. We celebrated this as a club."