The former Republic of Ireland midfielder was part of the Reds side that dominated English football in the 1980s, winning six league titles over a 15-year spell with the Merseyside club, including their last top flight crown in 1990.

The runaway leaders clinched the title courtesy of Chelsea's win over second-placed Manchester City last night and following near misses in 2014 and 2019, the Reds are back on top.

German Klopp took charge of the side in 2015 and brought in players like Virgil van Dijk, Mo Salah, Sadio Mane, Andy Robertson and Alisson Becker, who all gelled to get Liverpool over the line.

"We had a good team in 1990 but this team will go down as one of the greatest teams Liverpool have had: Champions League last year, World Club champions, magnificent team, they deserve everything they've got this season," Whelan told RTÉ Sport's Darren Frehill.

"And a lot of the time we didn’t believe that the players he was bringing in were going to make Liverpool a great team but he has and I think everybody really trusts in Jurgen Klopp now.

"He was the man who came in and found these players and everybody went with him. The fans are now right behind him but it’s all down to the manager for me."

Liverpool have lost just one match all season, drawn twice and won 28 times. They can still reach a record-breaking 107 points if they win their remaining seven games.

Whelan added: "I'm absolutely delighted, throughout the season Liverpool have been magnificent.

"When you get a team like that who play such good football, attacking football, defensive football, they deserved to win the league so I am really delighted. They are a great team." 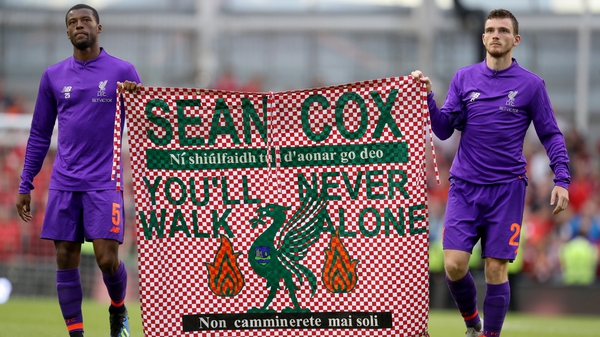