Liverpool picked up the pace to move within two points of a first league title in 30 years after tearing apart Crystal Palace in a 4-0 win at Anfield.

The returning Mo Salah provided the inspiration as he scored one - his 15th goal in 15 Anfield Premier League appearances this season - and laid on a brilliant assist for Sadio Mane.

A superb Trent Alexander-Arnold free-kick and a fierce Fabinho drive contributed to a comfortable victory which could easily have been greater, such was their dominance.

Early in 2020 many fans had singled out this fixture, originally scheduled for March 21, for a title coronation party with tickets selling on the black market for thousands of pounds.

Those thoughts are merely a long-forgotten dream - or financial nightmare for those who gambled on buying a now non-existent seat - but the champagne will not be on ice for much longer.

If Manchester City do not beat Chelsea on Thursday then the title will be Liverpool's without kicking a ball.

Even victory for Pep Guardiola's side means the Reds could secure the title at the Etihad a week later. 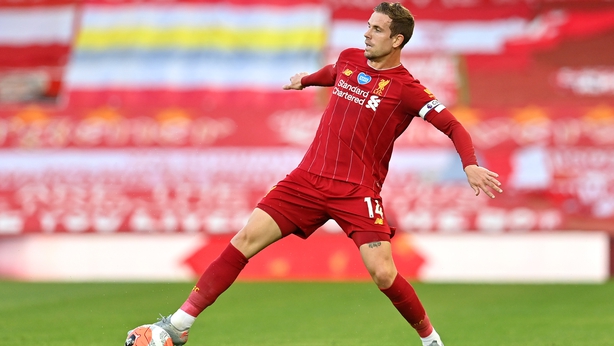 Manager Jurgen Klopp had put Sunday's disappointing goalless Merseyside derby draw down to a lack of rhythm, which was somewhat understandable after a three-month break.

But back in familiar surroundings - even if in the unfamiliar circumstances of an empty Anfield - they quickly clicked back into gear.

Palace had previously recorded clean sheets in each of their four successive victories but that was against teams currently no higher than 13th and not even close to the quality of the champions-elect.

Salah, Andy Robertson and Georginio Wijnaldum returning to the team made a significant difference as Liverpool's starting XI was arguably the strongest Klopp could pick.

With Salah providing much-needed width on one side and particularly Robertson on the other it gave Mane and Wijnaldum the space to drive forward and that was evident with the Dutchman twice missing good opportunities.

Palace's uncomfortable start to their evening did not get any better when Wilfried Zaha was forced off with an injury in the 15th minute - but worse was to follow with Alexander-Arnold's opener.

The young England international took full responsibility ahead of Salah, curling a delightful shot from 25 yards over the wall and beyond the reach of Palace goalkeeper Wayne Hennessey. 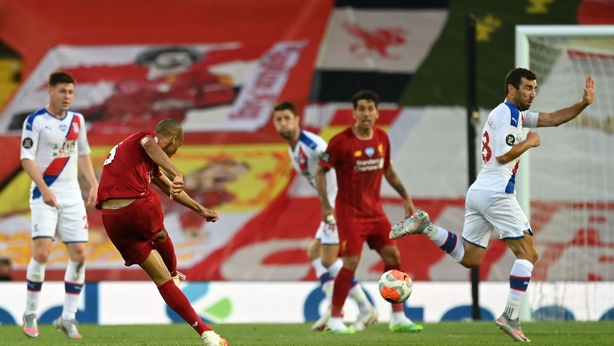 It was the 30th Premier League goal (five goals, 25 assists) Alexander-Arnold had been directly involved in since his debut in August 2016, five more than any other defender in that time.

If that showed the 21-year-old's importance to the side, Salah highlighted what they had missed while he had been sat on the bench at Goodison Park.

When Fabinho clipped a teasing ball over the top the Egypt international's first touch with his chest teed up his second, which he used to stroke past Hennessey, bringing up the club's 100th goal of the season for the third successive year for the first time since 1986-87.

Salah's 17th league goal of the season took him within two of Leicester's Jamie Vardy in his quest for a third successive Golden Boot.

Shorn of Zaha's attacking threat Palace were denied an outlet and aside from Max Meyer shooting wide from one breakaway they had nothing to offer going forward.

Their defensive shape was almost as unconvincing. Roberto Firmino was denied a penalty by referee Martin Atkinson when he flicked the ball over Gary Cahill only for it to hit the defender's raised arm, while Jordan Henderson hit a post.

Palace seemed to be in damage-limitation mode but they did not really appear to have the fight for it and when Fabinho was given time and space 30 yards out 10 minutes into the second half he took full advantage to smash home a low shot.

The goalkeeper was then fortunate Wijnaldum shot straight at him from close range as Liverpool began to cut open their opponents at will.

Palace were not so much cut apart as torn asunder for the fourth goal in a move involving Mane, Firmino and a sublime first-time defence-splitting pass from Salah.

Mane ran on and scored with an angled shot which capped a performance befitting of champions.