The 46-year-old will work alongside Lilywhites manager Vinny Perth and first-team coach John Gill at Oriel Park after leaving his position as Waterford boss last week.

He replaces Ruaidhri Higgins, who joined Stephen Kenny’s backroom team with the Republic of Ireland earlier this month.

"Dundalk is a fantastic club and I’ll be working with a fantastic group of players so it would have been hard to turn down an offer like this," Reynolds said.

"In fairness to Vinny and Dundalk, they went about things the right way. They asked Waterford for permission to speak to me and that was granted by the club.

"We’ve spoken a few times over the past couple of weeks and I’m just happy it’s done now.

"I’m really looking forward to it.

"I need to adapt to becoming an assistant again and helping Vinny and John. It’s something I’ll have to get used to again but I’m looking forward to getting stuck in now." 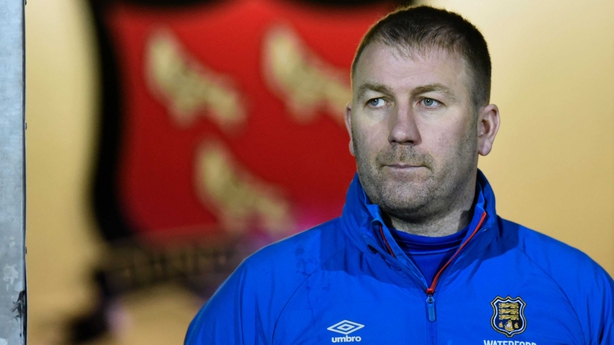 He became the Blues manager in 2017, leading them to promotion to the Premier Division and a fourth place finish in their first season back in the top flight.

Reynolds has also been linked with a part-time role with the Republic of Ireland Under-21s.

The Michigan man's dream of playing in Europe was helped by lining out for the Orange County Blue Stars and playing a number of exhibition matches on the continent.

Two spells with Austrian side SC Rheindorf Altach followed, as well as sojourns to Minnesota United, Colorado Rapids and Detroit City, and a six-year stint at Norwegian outfit Molde, where Gatt played under Ole Gunnar Solskjaer.

The 28-year-old has also won two caps for the USA.

Gatt has already played at Oriel Park, featuring in a pre-season encounter against Longford Town in February.

I'm extemely honored and exciting to begin this new chapter of my professional career with @DundalkFC! I can’t wait to get started with this fantastic club! I couldn’t have asked for a better situation to start back up and tackle the league and European football with a great team https://t.co/GDQvd7esoS

Meanwhile, players and staff from Bohemians have joined their counterparts from Dundalk, Shamrock Rovers, Bohemians and Derry City in receiving negative results from their sixth round of tests for Covid-19.

Close to 900 tests have now been conducted on the four European qualified squads, with all results negative, and the FAI has decided to suspend testing as part of the new pathway to a Safer Return to Football announced on Friday.