Three days after the Premier League got back up and running, the Championship comes out its three-month slumber.

There are 108 games - plus the play-offs - to get through so a hectic climax lies in store. The English Football League are aiming to get this campaign (including the play-offs) wrapped up by 4 August.

The semi-final first legs will be played on 26/27 July, with the return matches taking place on 29/30 July. Wembley will play host to the decider - which was worth around £170m (€187m) to last year's winners Aston Villa.

There's a very heavy Irish presence in the division, with new Republic of Ireland boss Stephen Kenny set to use this busy period to run the rule over several players ahead of a crucial autumn.

We take a look at some of the big stories to watch out for over the next few weeks in a league that rarely fails to deliver drama.

Leeds get back to chasing the dream 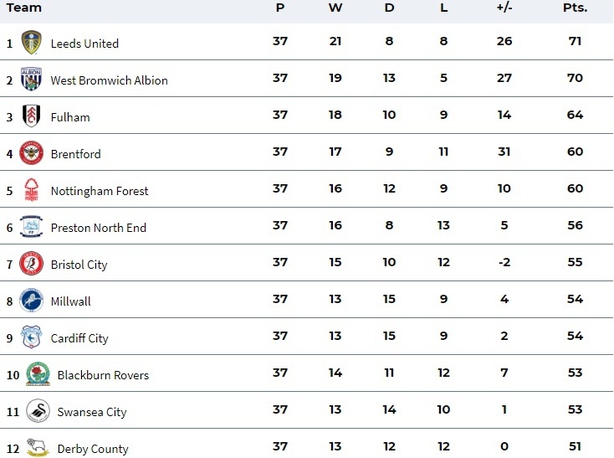 Poor Leeds fans have been through the ringer. Relegated from the Premier League in 2004, they went down again to League One in 2007 after voluntarily entering administration and receiving a 10-point penalty.

They got back into the Championship three years later but the Yorkshire giants have spent the last decade desperately trying to clamber back to the top table.

Guided by the brilliantly quirky Marcelo Bielsa, they looked a shoo-in to do it last year before a late-season collapse culminated in defeat to Derby County in the play-offs.

This year an improved defensive solidity and a little more maturity has seen Leeds race to the top of the league, a point above West Brom and seven clear of third-placed Fulham. With nine matches to go, their fans have endured enough heartache to know nothing is assured but this is unquestionably their best chance yet of gaining promotion.

Leeds being Leeds, it probably won't be straightforward, but it will definitely be well worth watching.

The Baggies meanwhile are also looking good to go up. Dara O'Shea is a man Kenny will unquestionably be keeping tabs on. He's emerged as a centre-half of serious pedigree over the last 12 months and looks ready to test himself in the Premier League.

The race to make the play-offs 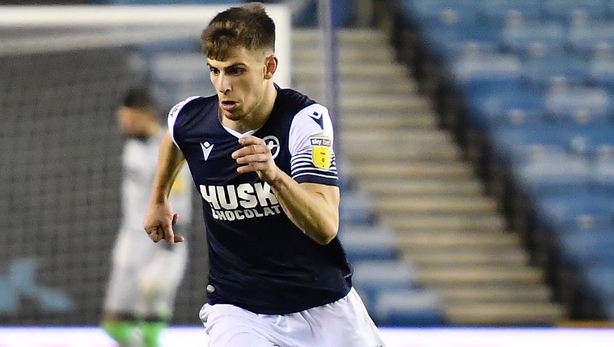 Leeds and West Brom are in the driving seat to take the top two places, though third-placed Fulham can't be discounted either. Overall the play-off race, which is always wide open, looks like it's going to be enthralling.

Thirteenth-placed QPR are only six points behind sixth-placed Preston so there should be a lot of thrills and spills as the teams around each other start colliding.

Cyrus Christie had been catching Mick McCarthy's eye earlier this year so a good finish to the season with the Cottagers would further embellish his chances of figuring at some point in Ireland's Nations League games.

Harry Arter has impressed for Fulham too, his form not escaping the attention of Kenny who name-checked the 30-year-old during the week when he was assessing his midfield options.

Brentford have been terrific, and even if the top two look like they're too far ahead of them, a play-off spot is certainly attainable.

Preston lost three on the bounce before the lockdown and will hope to re-emerge from the break in better form. Alex Neill will need his Irish trio of Sean Maguire, Alan Browne and full-back Joe Rafferty to be on song as the Lilywhites look to earn a historic promotion to the Premier League.

Bristol City are breathing down their necks and also aiming to pull off what would be a remarkable achievement. Callum O'Dowda has had a good season for them and has reportedly looked extremely sharp since the team returned to training.

Aiden O'Brien, Jayson Molumby, Alex Pearce and Shaun Williams are central to Millwall's drive to squeeze into the top six and the Lions are also right in the mix to do just that, while Blackburn put themselves in the conversation with a brilliant pre-lockdown run of form. Derrick Williams and Darragh Lenihan have shone for Rovers this year, while Greg Cunningham had a positive loan spell there from Cardiff until January.

Derby County are only five points off the top six. Lifted by the arrival of Wayne Rooney, not to mention a breakthrough season for Irish starlet Jason Knight, the Rams could well make a late surge.

A point behind them lie QPR, for whom ex-Liverpool centre-half Conor Masterson will be hoping to step up. The 21-year-old only has eight appearances under his belt at Loftus Road - he needs this move to take off sooner rather than later. Ryan Manning meanwhile has had a fine season there. He's another one Kenny will be monitoring as an extra option for left-back.

The battle to beat the drop 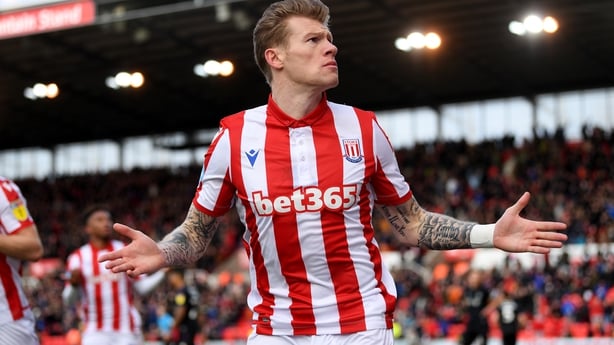 Charlton are in trouble. Lee Bowyer's men are third from bottom and facing a real mission to avoid the drop. Their form suffered when they lost Josh Cullen - on loan from West Ham - through injury for a lengthy spell. He's a major influence for the Addicks in the middle of the park and a potential successor (along with Molumby) to Glenn Whelan in the Ireland engine room.

Luton Town also look destined to return to League One. That would be a bitter pill to swallow for James Collins who had to wait a long time to get to play in the Championship and also enjoyed a breakthrough at international level last year. His return of 11 goals is decent; it's the Hatters' leaky defence that's the issue. They've conceded 71 goals in the league.

Robbie Keane's link-up with his old team-mate Jonathan Woodgate at Middlebrough has not gone well. They're 19th and gearing up for a relegation scrap with Wigan - where Anthony Pilkignton is plying his trade - Huddersfield, Hull City and Charlton.

Michael O'Neill has done a solid job at Stoke since taking the reins there last November but they're also bracing themselevs for a grim fight for survival - one which could go a number of ways as we head into a flurry of crucial clashes.

He'll lean on the energy and physical drive of James McClean and the excellent 19-year-old defender Nathan Collins, who has consistently been linked to some of the Premier League's biggest clubs. 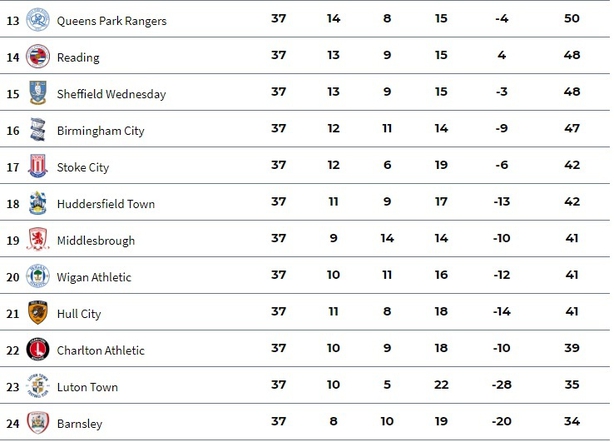