Jose Mourinho admits Tottenham will not be able to compete with the likes of Chelsea and Manchester United in the transfer market this summer.

Mourinho says he will be able to do "little important things" but they will be fighting for the same prizes as those teams with big budgets.

Chelsea confirmed their second signing for next season on Thursday with the £50m-plus addition of prolific RB Leipzig striker Timo Werner, joining Hakim Ziyech, who has signed from Ajax.

Spurs spent over £100m last year, before the Covid-19 pandemic, and Mourinho knows he will not get the same luxury, having seen his club take out a £175m loan from the Bank of England.

He says he is happy to accept the challenge that presents as long as he can strengthen where he feels necessary.

"You have now examples already of clubs investing and making important movements in the market and we are still nine matches away from the end of the season.

"But I think we are going always to be very balanced which is what Tottenham normally is.

"Would I expect us not to do anything and to stay exactly with the same squad that we have in this moment? My answer is no.

"And let's go for it. But in this moment I am not even thinking about that because I am focused on these nine matches.

"It's obvious for us that there are a certain level of options that are not for us. We have to admit that. But that's a normal situation.

"So United bought Bruno Fernandes, Chelsea's buying Ziyech and Werner, they can do what they want. It's not our problem. We focus on ourselves.

"We are going to improve our squad in the way we can do it. No problem." 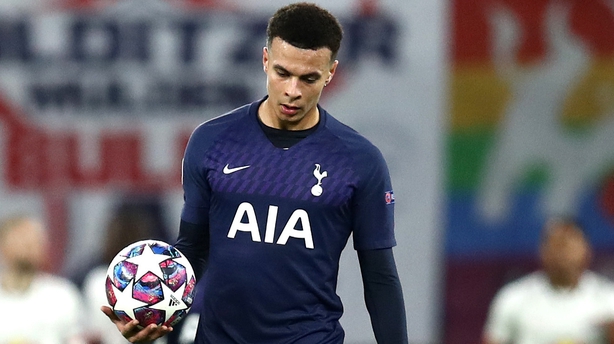 Mourinho's men resume their Premier League season against Manchester United on Friday night, seemingly with a second chance at European qualification given all of their injured players are back.

But Dele Alli will be missing as he is serving a one-match suspension due to a social media post he made about coronavirus in February.

It was ill-judged, but quickly deleted, and Mourinho says the crime paled into insignificance compared to some lockdown breaches.

The Portuguese himself broke rules when he was spotted with Tanguy Ndombele, while Manchester City's Kyle Walker produced several high-profile misdemeanours and Aston Villa's Jack Grealish has been charged by West Midlands Police for driving without due care and attention, and failing to stop at or report a collision after attending a lockdown party.

"Lots of people made mistakes during this lockdown period," he said. "I am one of the examples. In my case I believe a very, very, very small mistake that was not reported in the right way.

"It was not the way people were saying. But lots of people in football and even outside football, lots of mistakes were made.

"I don't like these kind of contradictions. I feel that it's for everybody or it's for nobody and I feel it's quite unfair for a kid who made a mistake and apologised for it, I really don't agree with it.

On his own breaking of lockdown rules, where he met Ndombele and was seen talking to several players from another club, Mourinho said: "It was nothing. We were working with the players at a distance. We were monitoring the players with Wifi GPS.

"At that time the players were allowed to go and run in the street and the park, which is what they were doing.

"I went to help a player to put in practice the GPS and the pictures taken in the park speaking with a little group of young men, they were football players but from another club. They were not my players.

"They were players from a Championship club and I was there at the right distance having a little talk with them and the pictures gave the idea I was with my players which was not true. It was still a mistake."