Burnley manager Sean Dyche fears he could lose Jeff Hendrick and three other members of his first-team squad within the next two weeks due to their contracts not being renewed by the club.

Ireland international Hendrick, former England winger Aaron Lennon, right back Phil Bardsley and ex-Manchester City and England keeper Joe Hart all have their contracts due to terminate on 30 June.

No new deals have been agreed to keep the players for the duration of the season, which restarted on Wednesday after a three-month stoppage due to the coronavirus crisis and is not due to conclude until 26 July.

Asked whether there was a real risk of losing the players and playing with a reduced squad for the remainder of the season, Dyche, whose side are in 10th place, told reporters he was not in position to agree extensions.

"I haven't got a situation where I can (agree) long-term agreements or even short-term, I am waiting for the chairman to act on what I have advised many months ago and hopefully get some players tied down," Dyche said.

"If that doesn't occur then fair to say we will be down to a very low squad number." 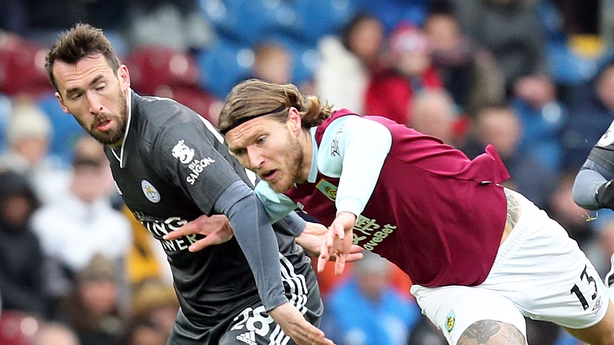 Hart has been used mainly as back-up to first-choice keeper Nick Pope this season but Bardsley and Hendrick have been frequent starters with Lennon regularly involved from the bench.

"As we have done in the past here we have let contracts run a long way down unfortunately. It is the price you pay if you do that and situations occur. No-one saw this situation (COVID) coming, that is quite obvious.

"We have got to be hopeful that the players see that they can do their extra month because at the moment that is all the chairman has allowed," he added.

Dyche says he is hoping players will agree extensions until the end of the season.

"I have just got to work within that and hope for a bit of goodwill from them and if they don't, then I understand it because it is strange times and they have to look after their own futures," he said.

"It is in the balance at the moment and we will find out more over the coming days."
Burnley restart their campaign at Manchester City on Monday and will be without injured trio Ashley Barnes, Chris Wood and Johann Berg Gudmundsson.