A member of the FAI Council has contacted FIFA and UEFA to express concern that the football governing body has lost sovereignty following its bailout deal with the government.

Nixon Morton isn't a name that many people will have heard of before in the context of football and the FAI.

A member of the FAI Schools National Executive, he has written a submission to both FIFA and UEFA expressing serious concerns about a number of developments since the last council meeting.

Morton believes, as a member of the senior council of the FAI, that he is charged under rule to be responsible for monitoring the activities of the FAI and, in particular, the board’s governance of the association.

He believes the council must scrutinise, question and challenge the board.

A submission was prepared outlining concerns to UEFA and FIFA on Thursday.

On Friday, a copy was sent to FAI president Gerry McAnaney and on Monday a copy was emailed to all 79 senior council members of the FAI. 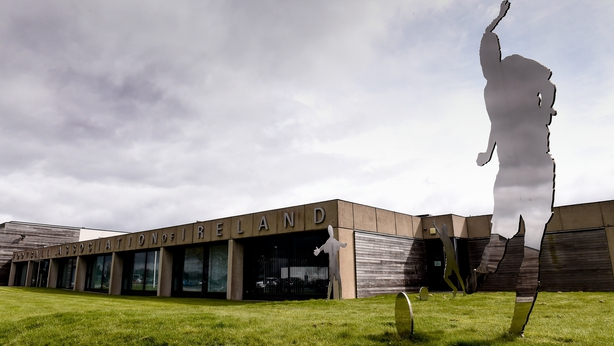 In a summary, Morton said that the consequences of acceding to a number of the key demands in the memorandum of understanding between the FAI and Government are "extraordinarily serious" and that his submission outlines the "very real concerns of a representative sample of our football family".

A beleaguered FAI was bailed out by the government, UEFA and the banks in January and a memorandum of understanding was drawn up.

Minister for Transport, Tourism and Sport Shane Ross was especially vocal at the time in his opposition to members of "the old guard" of the FAI remaining on at any level within the organisation.

That memo of understanding saw changes to some of the terms of the governance reforms voted on by FAI delegates last June, including an increase in the number of independent directors from four to six and a clause that FAI council members who have served for 10 years should step down this year.

The 50:50 split of football directors and independent directors on the board concerns Morton as he said it meant the FAI was "potentially under the control of outside interests which may disregard the views of the democratically elected Football directors".

.@Corktod with the latest as FAI council member Nixon Morton writes to UEFA and FIFA raising his concerns that the recent Government bailout of the Association may have affected its sovereignty pic.twitter.com/RIhau4j7aG

Morton also raised concerns that FAI interim CEO Gary Owens and interim deputy CEO Niall Quinn were both previously associates of new independent chairperson Roy Barrett - they were all part of the Niall Quinn Football in Ireland Visionary Group which made a submission to the governance review process last year.

Concern is around the process of these interim appointments and whether the process met with the highest standards of governance. Morton stressed that he is not questioning the abilities or commitment of the individuals concerned.

However, he believes that FIFA, UEFA and other stakeholders should have been given timely consideration of the memorandum of understanding before it was signed.

"Changes should not be done as a consequence of the influence of the view of an external party," he asserted.

He goes on to say that recommendations approved and adopted democratically by members have been arbitrarily ignored by those people who designed the memorandum.

The relevant FIFA statute states that: "Each member association shall manage its affairs independently and without undue influence from third parties."

Morton believes his document reflects "the grave and genuine concerns we have for the future of the game in Ireland", although the "we" he refers to isn’t made clear.

However, in colourful language, he goes on to say that there is "a titanic battle for the heart and soul of football in our country".

It is not necessary, he believes, to cede ownership of the game to outside interests, saying that "we resolutely object to new conditions foisted upon us".

The FAI board is due to meet this evening, where no doubt the latest ‘split’ in the ranks will be the first item on the agenda.