Atalanta head coach Gian Piero Gasperini has branded the the new rule which now allows teams to make five substitutions in a match instead of three as "awful".

"We become basketball. There may be ten new players on the pitch at the end."

FIFA has made the temporary change to ease the physical strain on players, who are returning to a congested period of games after a lengthy break due to the coronavirus pandemic.

But it could favour the bigger clubs, such as Juventus, who have deeper squads and better players ready to come off the bench.

"Who's the genius who claims that injuries can be avoided?" continued the former Inter Milan coach.

"On that basis? Better to change players from one game to another. 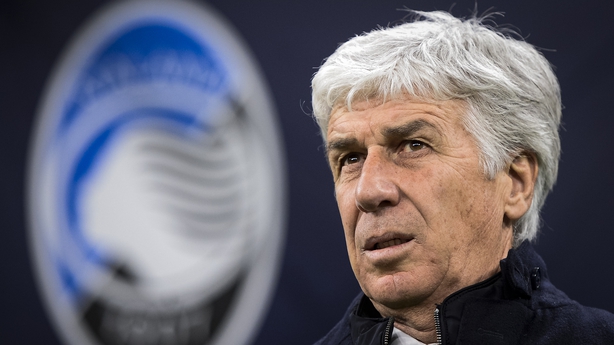 "How can you be allowed to change your engine halfway through the Grand Prix. It takes away from the show."

Serie A returns on 20 June with Gasperini's side in fourth, and battling for the final Champions League berth in Italy.

"I don't like football without fans either, but it's the only way to start again," he continued.

"During the first day of the Bundesliga I zapped, I could not follow. Borussia-Bayern, on the other hand, was a good game.

"I saw many technical errors even from important players - in an empty stadium it is more difficult to stay focused."

Sampdoria coach Claudio Ranieri, however, hailed five substitutions "a great thing" as his side battle relegation.

"The heat and matches close together carry a risk for players," said the former Leicester City manager.

"When there are three games a week the stress will be considerable."

Meanwhile, Gasperini also revealed that he thought he would die as he suffered coronavirus symptoms when the his team played their Champions League match against Valencia in March.

I have antibodies, which does not mean that I am now immune

Gasperini told Gazzetta Dello Sport that he was sick when Atalanta beat Valencia 4-3 behind closed doors at the Mestalla on 10 March, to reach the quarter-finals with an 8-4 aggregate victory.

"The day before the Valencia game I was sick, the afternoon of the game worse. I didn't look good on the bench," said Gasperini.

"It was March 10th. The following two nights in Zingonia (Atalanta's training centre) I slept little. I didn't have a fever, but I felt shattered, like I had one of 40.

"An ambulance passed every two minutes. There is a hospital nearby. It seemed like a war zone. At night I thought: 'if I go in there, what happens to me'?

"I can't go now, I have so many things to do ... I was saying it jokingly, to lighten things. But I really thought so."

The 62-year-old said he was never swabbed as he had not suffered from a fever, but 10 days ago serological tests confirmed he had Covid-19.

"I have antibodies, which does not mean that I am now immune," he added.

Gasperini said that four days after the Valencia game he felt the worst was over, after a workout like he hadn't had in years and running 10km on the threadmill, but he then lost his sense of taste.

A celebratory meal and vintage 2008 Dom Perignon sent by a Michelin-starred chef and Atalanta fan, tasted like "water and bread", Gasperini said.

"I stayed at the Zingonia training ground for three weeks," he continued. "When I did get back to my home in Turin, I always respected social distancing with my wife and children."

Bergamo, in the northern Lombardy region, was one of the epicentres of the coronavirus pandemic, with many experts believing Atalanta's Champions League game at San Siro on 19 February to be one of the key causes.

More than 40,000 fans travelled the 60km to Milan, joining in celebrations for a historic 4-1 result, in the club's first elite European campaign.

"Every time I think about it, it seems absurd to me: the historic peak of sporting happiness coincided with the greatest pain in the city," said Gasperini.

"It will take years to truly understand what happened, because right here was the centre of evil."