George Best was arguably the finest footballer never to have played in a World Cup yet his absence from the biggest stage did little to harm his international fame.

A remarkably gifted forward, the Northern Irishman broke new ground by also becoming a celebrity whose off-field behaviour generated as many column inches as his ability on the pitch.

Best's talent emerged at the perfect moment for a footballer to enter pop culture - in the late 1960s, when British music was a major global influence.

But like many of those musicians, Best followed the path from glamour, freshness and excitement in the 'Swinging Sixties' to become, in the 1970s, a troubled figure battling addiction.

While it was alcohol and not drugs that was Best's downfall, there was a similar waste of talent to those rock stars who prematurely lost the energy and verve of their heyday but still appeared in the papers alongside model girlfriends.

Although Best had been thrilling English fans for several years already, winning league titles with Manchester United in 1965 and 1967, he emerged as a global star in 1968. 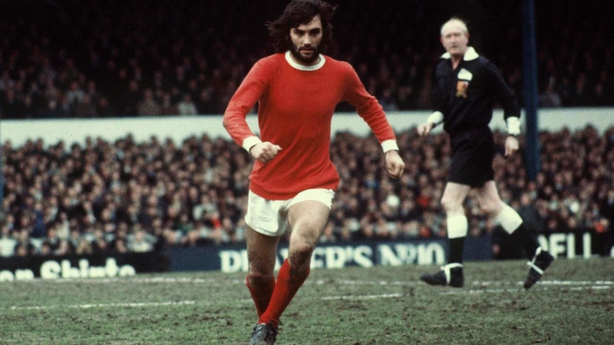 Best scored the brilliant second goal in Manchester United's 4-1 extra time victory over Benfica in the European Cup final at Wembley as they became the first English team to win the competition.

In the same year, still only 22, he won England's Footballer of the Year and the Ballon d'Or awards.

Yet rather than be a launching pad for a career that would put Best in the same category as Pele, Diego Maradona and Johan Cruyff, 1968 turned out to be the peak of his achievements.

Best never won another major trophy and within six years of that victory he had left United who were on their way to relegation to the second division in 1974.

He was only 27 and had he been fit and well could have looked forward to another eight years or so of top-level football but instead his alcohol problems intensified.

After a spell with Fulham in England's second division, where his skills were still evident, Best spent the rest of his career in the United States, interrupted by a less than stellar stint with Hibernian in Scotland and his final years featured the odd game in Hong Kong and Australia.

In today's era, with players able to switch clubs almost on demand, Best may well have taken a different path and one of his contemporaries, Chelsea's Alan Hudson, believes he wanted to switch to join the London side.

"He hinted very strongly, he couldn't really say it in the press, he never asked for a transfer. His way of asking for a transfer was disappearing to Spain with a blonde," Hudson said during The Alan Hudson Football Podcast on YouTube. That remains in the realm of alternative-history thought experiments but what Hudson is sure of is that Best was hurt by never playing at a World Cup.

"Every four years it broke his heart that he couldn't go to a World Cup and play on the biggest stage," Hudson said.

"He was the greatest player at that time and he was seeing inferior players playing in the World Cup."

Best's drinking led to a liver transplant and he died in November, 2005 aged 59.