St Patrick's Athletic first team manager Alan Mathews does not see a situation where League of Ireland games could be played behind closed doors.

And Mathews also foresees a possible situation where a decision may need to be made to call a halt to this year’s campaign, if there is no sign of a resumption of football on the horizon.

The Inchicore club had to temporarily lay off their playing and coaching staff last week as a result of the ongoing coronavirus crisis, and while Mathews said that nobody wants to give up on the 2020 campaign, he believes that clarity will be needed on the matter.

Speaking on this week’s RTÉ Soccer Podcast, Mathews said that the financial reality of the League of Ireland, when compared to the big leagues around Europe, dictate that it would not be feasible to play games behind closed doors.

"We are not in the same position as our colleagues across in the UK, where they have billion-pound television deals and have the capacity to take in people, test them, keep them socially apart within a very confined space to enable matches to go behind closed doors," said Mathews.

"I just don’t think that is feasible here, with the best will in the world, I don’t think we can provide those facilities to enable us to meet those health restrictions." 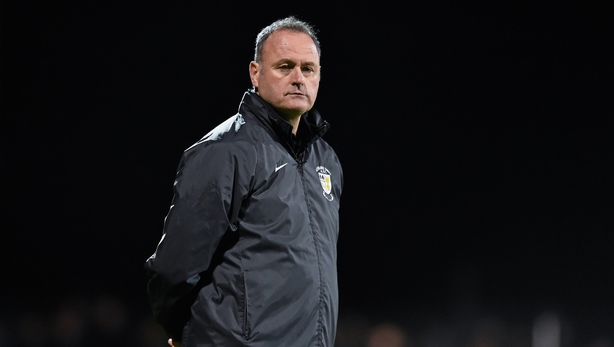 Mathews spoke about the bigger picture throughout the country in relation to what is currently happening amidst the Covid-19 crisis and accepts that the resumption of football is a long way down the list of priorities.

He said: "Every aspect of the country has been affected by this pandemic, so we just have to hope we ride through it and come out the right side whenever we are given the green light to go again.

"I don’t think anyone wants the season to be scrapped, but you have to look at the bigger picture and see where football sits in the list of priorities."

Mathews said that the Dublin side made the difficult decision to lay off their staff based on the fact that they do not anticipate that League of Ireland action will return in June, as is the current aspiration.

And the former Longford Town manager believes that a big call will need to be made at some stage during the summer or early autumn about this year’s campaign.

"Taking on board medical advice and what is going on around the country, in that everyone is in a lockdown scenario, for us to contemplate coming back in June, we don’t think it is going to be feasible," he said.

"At best, we are looking at some date in the autumn. I know a resumption of football in September has been mooted.

"Of course, if we are proved to be incorrect and we come back earlier, brilliant, but unfortunately we don’t think that is the case and the very, very tough decision was taken to make that call and enable us to be ready for when we do come back.

"If we come to a situation at the end of the summer and it looks as though we are not going to get back, at that stage, a bit of clarity is needed.

"Maybe put it to one side and resume whatever type of season we want to early next year, I hope that does not come to pass but it could well be the most realistic and logical thing to do."