Celtic manager Neil Lennon believes his players stand to lose the most if the Scottish season is terminated as it stands.

The Scottish Professional Football League has the authority to declare Celtic champions following a vote which called the lower three divisions, although it has promised to consult clubs.

Rangers and Hearts both voted against the resolution while the likes of Hibernian and Aberdeen remain keen for the remaining games to be played.

The prospect of the season being called increased greatly this week after Scotland's First Minister Nicola Sturgeon warned sports fans not to expect a resumption of action any time soon and even cast doubt on the prospect of closed-door games amid long-term social distancing.

UEFA has now opened the door to "special cases" of leagues terminating despite its desire for domestic campaigns to be completed.

Celtic sit 13 points clear of Rangers with the champions having eight games left and were the form team before football was suspended days before the pair were due to meet at Ibrox.

Lennon's side also had a Scottish Cup semi-final against Aberdeen to look forward to and the former Hoops skipper feels they could be deprived of a memorable period.

"The players are the ones who've lost out the most in terms of the opportunity to play in front of the supporters," he said in a video interview on Celtic TV.

"We were going for nine-in-a-row and a quadruple treble, and I feel so sorry for them at this stage, in a footballing sense.

"If we can go back and play the games... I think I have to underline that, everyone at the club - the players, myself, my backroom staff, the fans - want to play the games. Whether that can be achieved or not, that's another thing 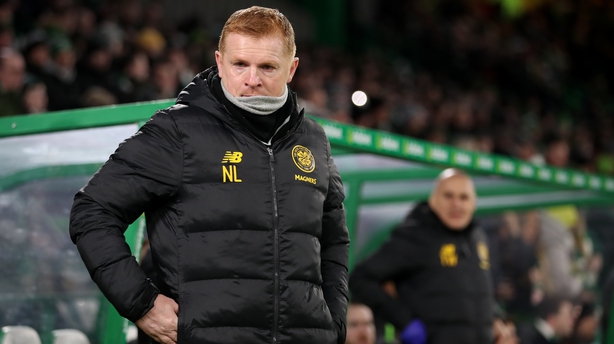 "Hopefully at some stage it can be started up again, but if not, we'll just have to wait and see what happens and what the outcome of that is going to be.

"Listening to Nicola Sturgeon yesterday, that was a bit discouraging in terms of mass gatherings.

"We have got a mandate for June 10 at the minute where we can maybe start back in training in groups of more than 10.

"But at the minute it's all up in the air and no one really has an answer as to when we can start back."

Lennon added: "It feels like an age away since we played our last game against St Mirren at home, so in terms of keeping the players motivated, keeping them occupied, their own self-motivation is still very, very strong.

"The only thing they're asking me is when can they get back to training as a group and when can we all start back again, but, obviously, no one has an answer to that at the minute."

More clarification on the league situation is expected after UEFA's executive committee meets on Thursday.

A UEFA statement read: "There was a strong recommendation given to finish domestic top division and cup competitions, but some special cases will be heard once guidelines concerning participation to European competitions - in case of a cancelled league - have been developed."

Meanwhile, St Mirren chairman Gordon Scott has joined the Scottish Professional Football League Reconstruction Group following what has been described as a "positive and constructive" first meeting on Monday.

The Reconstruction Group was set up by the SPFL in the wake of the decision to terminate the three lower divisions as they stood with a view to doing the same with the Premiership if and when UEFA approves.

Hibernian chief executive Leeann Dempster pulled out of the group before the first meeting on Monday, with St Mirren confirming Scott will join ahead of members reconvening on Friday to discuss the next steps.