Rangers are examining "all legal options" after again calling for an independent inquiry into the SPFL's handling of the vote to end the season outside of the Scottish top flight.

The Glasgow side, who voted against the SPFL's successful resolution, want chief executive Neil Doncaster and legal advisor Rod McKenzie suspended while they are the "subject of forensic examination".

A statement from the Ibrox club read: "No fair minded person can take the outcome of this vote seriously. The SPFL has conducted a process which has been misleading and deeply flawed.

"The anger of our fans is understood and shared by our board, who continue to examine all legal options available.

"The SPFL appear to have acknowledged the need for an internal investigation - but only an independent investigation will provide satisfactory, credible answers.

"We repeat our call for the immediate suspension of Neil Doncaster and Rod McKenzie pending the outcome of the independent investigation."

Rangers were one of the clubs to provide a counter-proposal to the SPFL's plan to call the season off, suggesting that clubs were awarded their prize money early. But it was ruled out by the governing body, much to the Light Blues' confusion.

"The SPFL chose to obstruct our resolution which would have given clubs the required financial support, without the pre-condition of ending the season," their statement added.

"The fact that this solution was not afforded sufficient consideration defies belief and further underlines the view held by many clubs that the processes and behaviours of certain individuals must now be the subject of forensic examination."

Meanwhile, Partick Thistle will not take legal action against the SPFL following the resolution to end the season.

Thistle are one of the sides hit hardest by the vote to conclude the Scottish campaign outside the top-flight with immediate effect, as they will be relegated to League One.

They consulted their lawyers, who told them they have got a case, but Thistle have opted against pursuing it in order to safeguard against further financial danger.

A club statement read: "Having taken further legal advice, we have been advised that we have the option to take this before a court. Instinctively, injustice demands reparation. However, as a club, the decision to relegate Thistle is first and foremost about our people and what this might mean for them.

"To pursue court action costs money and considerable time - so we have had to consider carefully whether both could be better spent on securing the club's future and protecting the livelihoods of those we employ.

"If we were to take this action to court, there is a risk that might stop the release of much-needed monies to those clubs on Friday. That's a step too far for us. Regardless of what's been inflicted on Thistle, we can't be responsible for pushing even one club to the brink.

"It would be hypocritical of us to have espoused "do no harm" as a reason why we shouldn't be relegated and then do exactly that.

"Taking all of that into account, although we stand by the legal opinion, the board has agreed that we will not seek "further remedy" against the SPFL in order to overturn the resolution.

"Although we remain at a loss to understand why a decision was taken - at a time when Governments are seeking to support jobs across sectors - that will cause significant damage to Thistle and others.

"Instead, we will focus our efforts and monies on Thistle and look forward, not back. That includes making a positive contribution to the discussions on possible changes to the league structures." 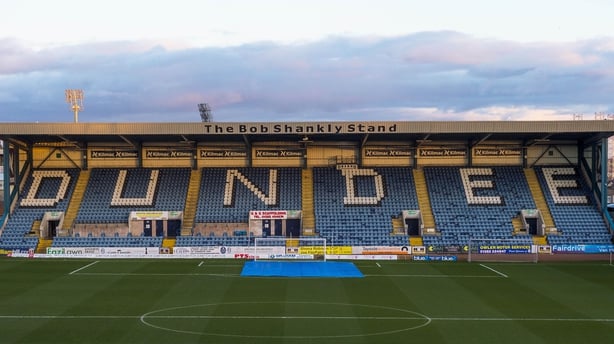 The SPFL's resolution hinged on the vote of Dundee. It was widely known that Dark Blues were the remaining club to vote after the SPFL released figures before receiving all entries.

"Publishing the outcome prior to all clubs having voted has undermined the democratic process and demonstrated unacceptable standards of corporate governance by the SPFL executive," Rangers added.

"We are extremely concerned that member clubs were not provided with enough information, or time, to allow them to make fully informed decisions."

Dundee, meanwhile, have insisted that they did not change their vote after suggestions they originally intended to reject the SPFL's resolution.

A club statement read: "There was no changing of our vote at any time that day as has been reported in some channels.

"If what we achieved in our pause was presented by the SPFL in the first instance we would have voted in favour of the proposal on 10 April 2020.

"We have achieved the best deal possible out of a situation that was going to be bad for us in any iteration that was being proposed. Let us be clear, no matter what the proposal looked like, the majority of the clubs in the Premiership and the Championship are proponents of promotion/relegation.

"In conclusion, from a very poor situation we have gotten the best result for Dundee FC and for Scottish Football as a whole.

"Of 42 teams, 35 have voted yes in a democratic ballot and for most, the important thing is the monies can be distributed and they can work on survival plans for their clubs. It is time now to return our focus on staying safe and planning for the future of Dundee FC."