Thirty years of international football resulted in a very familiar group of footballers dominating the central defence for the Republic of Ireland.

The eighties saw David O'Leary, Kevin Moran and Mick McCarthy hold fort through Euro 1988 and on to the first World Cup appearance at Italia 90, while Paul McGrath and Phil Babb took charge through the 90s, most notably at the 1994 World Cup in the USA.

At the turn of the new millennium, trusty left-back Steve Staunton moved into a central position and formed a fine partnership with Gary Breen at the 2002 World Cup, before Kenny Cunningham and Richard Dunne commanded the position throughout the noughties - John O'Shea moving into the position in time for Euro 2012 and on to Euro 2016 as the new kids on the block started to take over with Ciaran Clark, Richard Keogh and Shane Duffy taking over.

That period from 1988 to 2016 saw Ireland reach the promised land of the European Championships or the World Cup on six occasions with three World Cup appearances bookended by the Euros in Germany '88 and France '16.

Many donned the green shirt in those barren decades ahead of that first historic appearance at a major championship, while other notables were kept from making more appearances throughout the golden era as a result of the quality of player already in the jersey.

Today, we continue with the men at the heart of the defence and if you think we have omitted anyone, please contact us at teamselection@rte.ie.

For the best past of a decade, Mark Lawrenson formed the most perfect partnership at the heart of the Liverpool defence, playing alongside Alan Hansen during the golden era of the Anfield club in the 1980s. 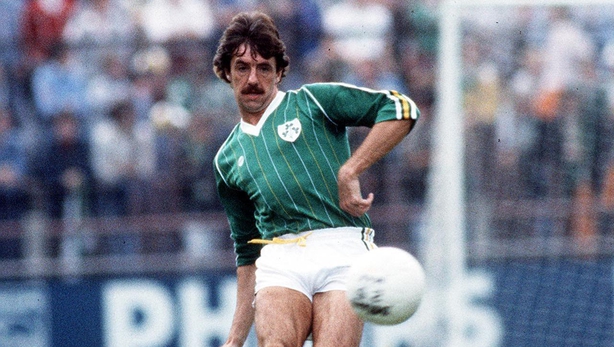 Lawrenson broke into the Ireland squad in the late 1970s, making his debut against Poland in a friendly fixture in 1977 and would go on to be involved in further qualifying campaigns from World Cup 1978 through to Euro '88 when Ireland finally qualified for a major tournament.

By that stage, Jack Charlton was in charge of the Ireland team and Lawrenson was being utilised in the middle of the park, where he scored a memorable winner against Scotland at Hampden Park, which proved the springboard for the qualification that followed.

Without doubt, one of the greatest players to don the green jersey, Lawrenson's final cap came late in 1987 against Israel, while injury would deny him a place in Charlton's squad for the Germany-hosted tournament the following summer.

Not player of the year, nor of the decade, rather Charlie Hurley was voted Sunderland's player of the century by the Roker Park faithful to celebrate the club's centenary year in 1979. 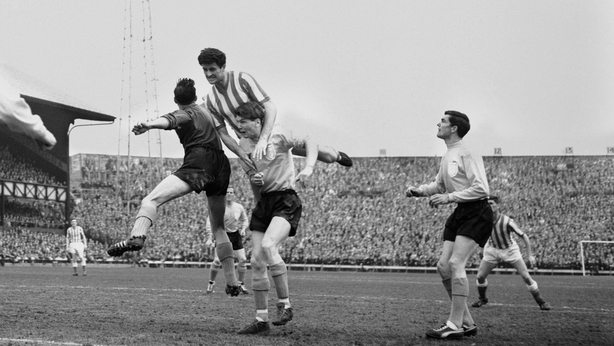 Born in Cork, Hurley and family moved to England while Charlie was still a baby and lived through the Blitz during World War II. A teenage contract would present itself at Cold Blow Lane as Hurley signed for Millwall, staying at the Den for four years before heading north to Sunderland, where he would stay for 12 years.

Hurley's Ireland career would span those same 12 years that he was at Sunderland from 1957-1969 and he would win 40 caps throughout a period when international games were a lot less plentiful than they are in the modern era.

Renowned for his aerial ability, Hurley was considered one of the best central defenders in England during the first half of the 1960s and was just edged by Bobby Moore for Football Writers' Player of the Year in 1964-65.

Hurley captained Ireland 22 times during his time playing in the green and was, likewise, considered Ireland's best player in that era, with memorable performances coming against England in the 1957 1-1 draw in the World Cup qualification campaign, while also excelling against Poland, West Germany and Czechoslovakia while playing for Ireland.

Hurley often formed a partnership with Noel Cantwell (pictured below) and Ronnie Nolan in the heart of the Ireland defence and there would be a strong argument to include that duo in this particular list of Republic defenders. 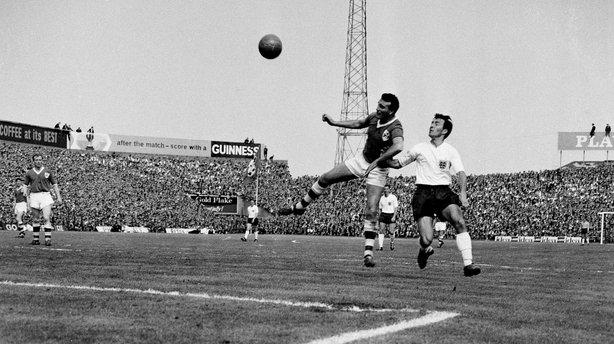 The Kilbarrack native proved a local hero at a time when a Kevin Keegan inspired-Newcastle burst out of the doldrums to become one of the most entertaining side in English football throughout the mid 1980s in a team that included Chris Waddle, Peter Beardsley and Terry McDermott. 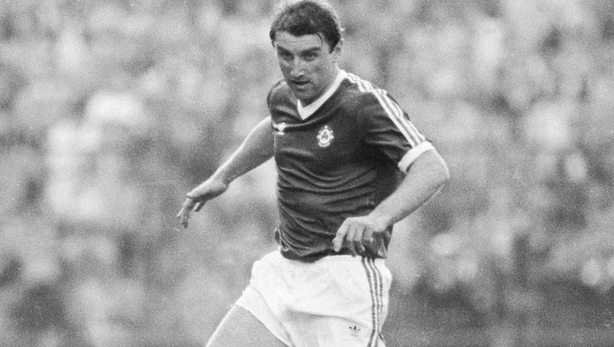 "Ando" was rock solid in the heart of the Geordie defence - he was used as both a central defender and full back - and was still at the club for the next renaissance on Tyneside as Newcastle again made their way back to the top flight of English football, now under the guidance of Keegan. The former Bohemians man was approaching the end of his career as the Keegan era kicked into top gear and was rewarded with a testimonial following a decade of service for the Toon Army in 1992.

The Dubliner made his international debut in 1979 in a 4-1 defeat to Czechoslovakia, and went on to win 16 caps up until his last appearance in the green shirt in 1988 against Tunisia. 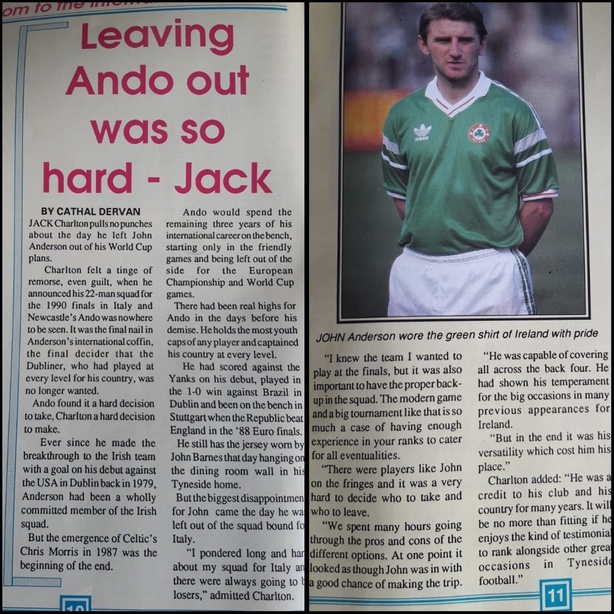 Just like at club level, Anderson ushered in a new generation on the international scene with the arrival of  Jack Charlton in 1986. The manager was a fan of Anderson and duly brought him to Euro 88, although he was an unused substitute in all three games.

"He was capable of covering all across the back four ... but in the end it was his versatility that cost him his place [at Italia '90]," said Charlton in an article for his testimonial match programme. Kevin Keegan added that he wished that he had "a team of John Andersons".

The "Ginger Pele" enjoyed a decent career in England at Luton Town, Tottenham Hotspur and Norwich City where be played both as a central defender and centre forward.

Doherty's international career began among the great underage sides of the late 1990s and he progressed to the senior side in 2000, making his debut against Greece. 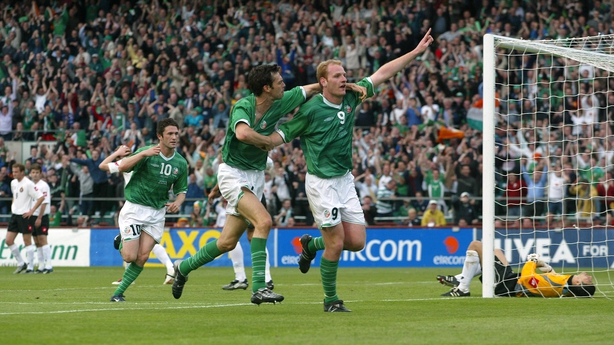 The versatile Spurs man established himself in Mick McCarthy's squad ahead of qualification for the 2002 World Cup in Japan and Korea but unfortunately broke his leg in September 2001, missing out on a vital chunk of the season ahead of the tournament.

Doherty ultimately missed out on the squad that travelled to the 2002 World Cup but continued to impress in the green and was integral in the Euro 2004 qualifying campaign.

Ireland failed to make it through in 2004 and would not reach another major championship until Euro 2012 by which time Doherty was long since retired from the international scene.

That was only O'Brien's fourth game for the Toon, and the centre-half was soon immortalised on the terraces in a combination tribute alongside namesake Liam O'Brien, who also scored a vital goal in the same derby years earlier. 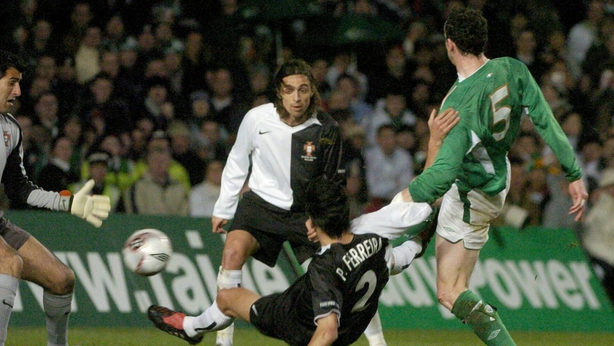 The chant is called "Any O'Brien", is sung to the tune of "Any Old Iron", and still can be heard on away days among the Geordie faithful to this day.

O'Brien's form at Newcastle earned him an international call-up for Ireland - he represented England at under-18 level - and he quickly established himself in Mick McCarthy's squad.

The defender made it to Japan and Korea with McCarthy's squad for the World Cup but failed to make an appearance at the tournament as he was essentially fourth or fifth-choice centre half, competing with Steve Staunton, Gary Breen, Kenny Cunningham and Richard Dunne.

O'Brien became a regular during the 2006 World Cup qualifying campaign and started in the impressive 0-0 draw with France away at the Stade de France in 2004, while he also scored his one and only international goal in a 1-0 friendly victory over Portugal in 2005.

Having started his international career as a Northern Ireland schoolboy, the infamous Granny Rule helped the Middlesbrough centre-half qualify to play for the Republic of Ireland under Charlton. 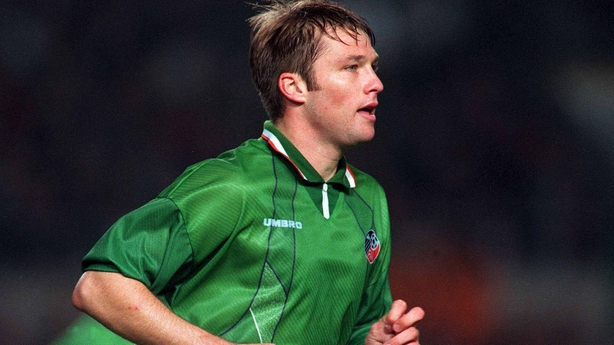 Kernaghan made over 200 appearances for the Teeside club and was brought into the Ireland set-up in 1992, helping Charlton's side to qualify for the 1994 World Cup in the USA.

The centre-half struck up a partnership with Kevin Moran in the heart of the Irish defence, but by the time the World Cup came around, Charlton had moved Paul McGrath back into the heart of the defence and brought a young Phil Babb into the team to partner the Aston Villa man.

The defender travelled with the squad to the World Cup but was an unused substitute for all four games as Ireland were eliminated in the last-16 by the Netherlands.

Kernaghan would go on to earn 22 international caps.