Premier League clubs have proposed wage cuts of around 30% for their players, but negotiations with the PFA have hit a stumbling block.

Members are concerned that the money made by their financial sacrifice will not be going to the right places, namely the UK's National Health Service and public services.

The stalemate has seen the players receive widespread criticism, with British Health Secretary Matt Hancock calling for them to take a cut.

"They've all agreed to play their part," Taylor told BBC Radio 4's Today programme, adding that players are "responsible enough" to know wages are a factor in any club's expenditure.

"We've been consistent with what we've said from the beginning and the fact is the players feel quite aggrieved that the Secretary of State for Health should put them in a corner without looking.

"They're not self-employed, they make massive contributions to the Treasury and they've also quite logically felt that if they don't get that money, if a third is deferred or a third is cut, then the Treasury is £200 million a year worse off and that could be going towards the national health and will be needed."

However, former Crystal Palace owner Simon Jordan has said the reason Premier League players have yet to agree a pay cut is simply because they do not want to.

Liverpool and Tottenham, the Premier League's two most profitable clubs in 2018/19, attracted widespread criticism for their furloughing of staff, though Liverpool have since performed a U-turn.

Jordan believes their actions were in order to force the hand of the players, who "need to shift their backsides".

"The basic principle behind this is the two most profitable football clubs in English football, Tottenham and Liverpool, are the two clubs who have gone out and made a stance," Jordan told talkSPORT.

"I don't understand why Liverpool fans are not more angry with their players not coming to the fore and taking a pay cut.

"The leverage which was being bought by this furlough, Liverpool don't need £400,000 of savings from furlough, what Liverpool and Tottenham did it for is because they want to leverage the players because the players are not doing what they should be doing, despite the assertions of people, they have done nothing in four weeks.

"The reasons why they haven't done it is because they don't want to do it and they are going to have to be made to do it.

"The bigger picture is not about furloughs, it's about the elephant in the room, why won't these players come to the fore now, why are they being dragged kicking and screaming by public opinion to take a pay cut.

"What can you do in three weeks? I don't know, maybe you can build a 4,000-bed hospital in London. But we can't get 600 players in the Premier League to take a pay cut which is clearly needed to salvage their football club." 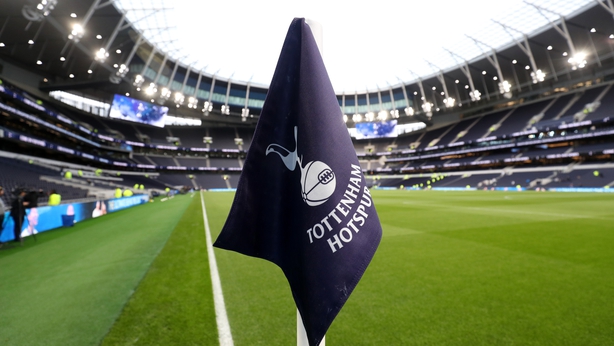 Meanwhile Tottenham have come under pressure from their own fans to follow Liverpool in reversing their decision to use public money to pay employees during the coronavirus pandemic.

Liverpool chief executive Peter Moore admitted on Monday they had been wrong to come to the conclusion that they should apply for UK taxpayer funds to pay 80% of the wages of some non-football staff and were "truly sorry".

The Premier League leaders were on the end of a backlash from fans and former players after announcing their initial plans, which would have seen about 200 staff pick up the bulk of their wages from the taxpayer.

And after the Reds' reversal, the Tottenham Hotspur Supporters' Trust once again urged their club to follow suit and overturn their decision to furlough some non-playing staff.

A brief statement on Twitter read: "We have been saying consistently @SpursOfficial - pause and rethink. We are now saying it clearly and in public - do not further damage the Club's reputation, listen to your fans."

Newcastle, Norwich and Bournemouth are the other Premier League clubs to announce plans to use the Government's furlough scheme and they were joined by Rangers on Monday night.

The Ibrox first-team squad along with manager Steven Gerrard, his coaching staff and the club's executives have also agreed to accept wage deferrals for three months to ensure non-football staff receive their income in full.

The pandemic further hit the football world on Monday. Manchester City expressed their heartfelt sympathy to manager Pep Guardiola after his 82-year-old mother died in Barcelona after contracting coronavirus.

The Open was cancelled for the first time since the Second World War with Royal St George's in Kent now staging the event in July 2021, a year later than planned.

Tournament organiser, the R&A, stated it had "explored every option" but had made the decision with a heavy heart after talks with Government, health and public service officials.

New provisional dates were announced for the other three golf majors, all of which are held in the United States.