The England defender has said sorry after it was widely reported he held a party at his home last week, breaking the British Government's rules on social distancing.

The UK is in the middle of a three-week lockdown to fight the coronavirus outbreak and City, who announced today that they will not be furloughing employees at the tax payer's expense, said they will be conducting an internal disciplinary procedure in the coming days

"I want to take this opportunity to issue a public apology for the choices I made last week which have resulted in a story today (Sunday) about my private life in a tabloid newspaper," Walker's statement read.

"I understand that my position as a professional footballer brings the responsibility of being a role model. As such, I want to apologise to my family, friends, football club, supporters and the public for letting them down.

"There are heroes out there making a vital difference to society at the moment, and I have been keen to help support and highlight their amazing sacrifices and life-saving work over the past week.

"My actions in this matter are in direct contrast to what I should have been doing regarding the lockdown. And I want to re-iterate the message: Stay home, stay safe."

Walker is the second high-profile Premier League player to have been caught flouting the Government's guidelines after Aston Villa's Jack Grealish.

The Villa captain went to a party last weekend and was pictured next to a road in slippers, just hours after he posted a video urging fans to stay safe at home on social media. 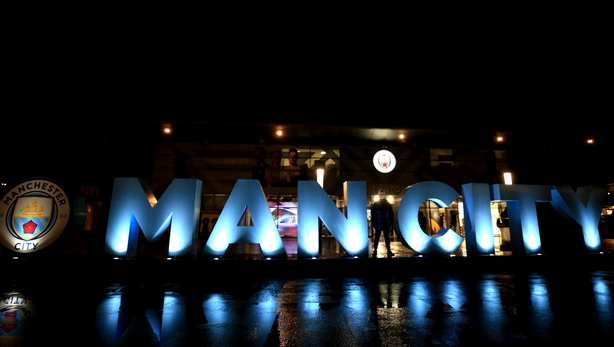 The club said today it will not be furloughing employees at the tax payer's expense after Liverpool yesterday became the fifth Premier League club to announce a furlough of non-playing staff, accessing the Government's coronavirus job retention scheme.

That means the public purse will cover 80% of affected wages, though there has been considerable criticism among those who believe the safety net was not being used as intended. The Reds announced a £42million pre-tax profit in February.

City's stance was discussed, taken and approved at board level last week, with staff informed before Liverpool's position became public.

"We can confirm, following a decision by the chairman and board last week, that Manchester City will not be utilising the UK Government's coronavirus job retention scheme (government funded furloughing)," a club statement read.

"We remain determined to protect our people, their jobs and our business whilst at the same time doing what we can to support our wider community at this most challenging time for everybody."