Wayne Rooney has criticised both the British government and the Premier League for placing top footballers in a "no-win situation" over the issue of pay cuts, branding their interventions "a disgrace".

The former England captain, now playing in the Championship with Derby, penned an impassioned column in the Sunday Times in which he claimed his fellow professionals were being lined up as "easy targets" in the wider response to the coronavirus crisis.

Rooney made it clear he had both the means and the will to make significant financial contributions, either in the form of salary reductions or direct donations to the NHS, but felt the public pressure being exerted on players was unhelpful.

The Premier League's suggested 30% wage cut or deferral strategy was discussed in a conference call with the Professional Footballers' Association and the League Managers Association on Saturday, but initial talks were already ongoing before key political figures, including British Health Secretary Matt Hancock, called for them to take action.

"If the government approached me to help support nurses financially or buy ventilators I'd be proud to do so - as long as I knew where the money was going," wrote Rooney.

"I'm in a position where I could give something up. Not every footballer is in the same position. Yet suddenly the whole profession has been put on the spot with a demand for 30% pay cuts across the board. Why are footballers suddenly the scapegoats?

"How the past few days have played out is a disgrace. First the Health Secretary, Matt Hancock, said that Premier League players should take a pay cut. He was supposed to be giving the nation the latest on the biggest crisis we've faced in our lifetimes. Why was the pay of footballers even in his head? Was he desperate to divert attention from his government's handling of this pandemic?"

Rooney went on to question the wisdom of the Premier League in pre-empting behind-the-scenes talks involving players with its own proposals for sweeping reductions.

"It seemed strange to me because every other decision in this process has been kept behind closed doors, but this had to be announced publicly," he added. "Why? It feels as if it's to shame the players - to force them into a corner where they have to pick up the bill for lost revenue.

"In my opinion it is now a no-win situation. Whatever way you look at it, we're easy targets."

The PFA said its members were resolved to playing their part but warned that a projected 30% salary reduction would cost the country £200m in lost tax receipts.

Assessing the landscape on Sunday morning Rooney's former England and Manchester United team-mate Gary Neville, now one of the game's leading pundits, was highly critical of the Premier League.

"The PL are handling the CV (coronavirus) crisis terribly," he wrote on Twitter, before outlining a checklist of perceived mis-steps.

"Slow to lockdown/tried one last weekend of games - furloughing straight away a PR disaster - turning on players publicly/trying to blindside them - no increase in funding for EFL/Non League - all stakeholders unhappy with their approach.

"Football has too many stakeholders with different interests. They all meet regularly/say they collaborate but when the 's**t hits the fan' the PL have the power and go solo! It's unravelling before our eyes. A re-alignment for all clubs, fans and the game would be welcome."

A PFA statement released on Saturday following the conference call read: "The players are mindful that as PAYE employees, the combined tax on their salaries is a significant contribution to funding essential public services - which are especially critical at this time.

"Taking a 30% salary deduction will cost the Exchequer substantial sums. This would be detrimental to our NHS and other government-funded services. The proposed 30% salary deduction over a 12-month period equates to over £500m in wage reductions and a loss in tax contributions of over £200m to the government."

Oliver Dowden, British Secretary of State for Digital, Culture, Media and Sport, revealed he was concerned about the way the talks had progressed.

He tweeted: "Concerned about the turn football talks have taken tonight. People do not want to see infighting in our national sport at a time of crisis.

"Football must play its part to show that the sport understands the pressures its lower paid staff, communities and fans face." 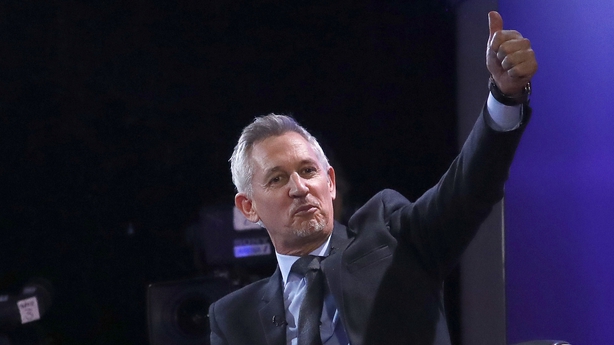 Gary Lineker swapped his usual seat on the Match of the Day panel for an appearance on Andrew Marr's weekly Sunday morning politics show on BBC One.

He nevertheless believes the majority are ready to make a contribution, citing recent conversations he has had with players.

"Why not call on all the wealthy to try and help if they possibly can rather than just pick on footballers?," Lineker said.

He added: "They've always been easy game in many ways. Nobody seems to talk about the bankers, the CEOs, huge millionaires. Are they standing up? Are they being asked to stand up? We don't know.

"Footballers do an extraordinary amount of good in the community, lots of them will already be giving in their own silent ways and I know that plans are afoot to make their contributions to society.

"The players I've spoken to are all desperately keen to do it. The problem is how you do it. It's obviously complicated and it takes time. People are always quick to jump on the judgemental high horse, certainly when it comes to footballers, but lots of them do lots of really good things and I'm sure they'll continue to do so.

"I expect an announcement to come in the next few days, the next week or so."