The player, who has "apologised unreservedly", has also agreed to delete his Instagram account following the disciplinary review by the club.

In the social media post, the 30-year-old was pictured sitting above his two kids as they look up at him, his face covered by a balaclava, with the caption: "Today's School lesson - History."

He used an emoji to underline the message was intended to be a joke but Stoke have taken a dim view.

In a statement, the club said: "Stoke City can confirm that, following an internal disciplinary review, disciplinary action has been taken against James McClean for an inappropriate social media post.

"McClean has been fined two weeks' wages by the Club and has also agreed to delete his Instagram account.

"The player has expressed contrition and recognises that the post was ill advised and offensive."

McClean said: "I never wanted to cause any offence but I now realise that I did so and for that I apologise unreservedly. I have spoken to the Club and will be deleting my Instagram account.

"The Club and the player will be making no further comment on the matter." 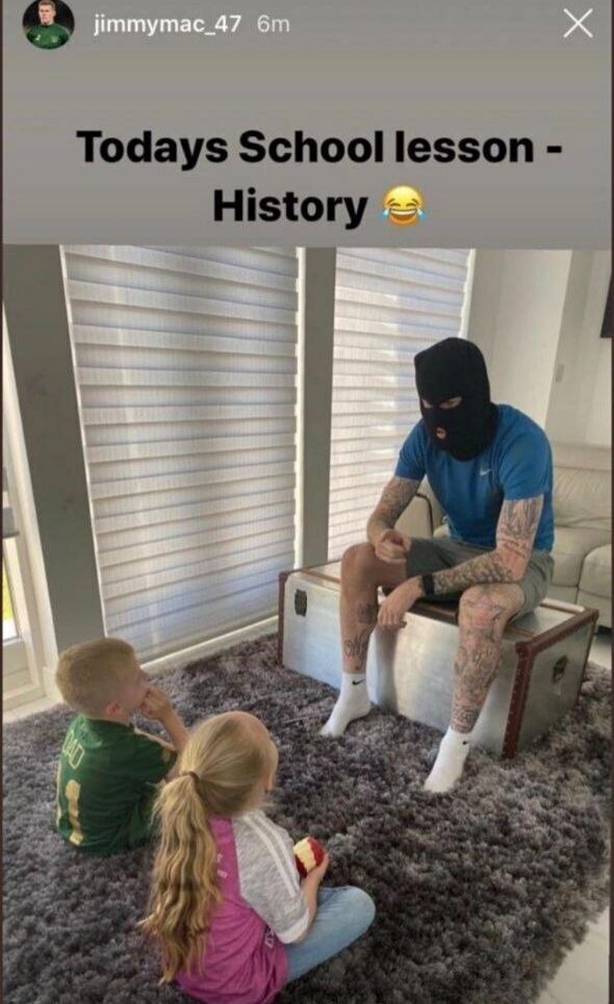