The Professional Footballers' Association of Ireland (PFAI) are to hold emergency talks after Drogheda United suspended payments to staff and players as a result of the coronavirus outbreak.

The First Division outfit revealed the decision to stop paying wages and expenses during the League of Ireland's enforced lay-off in a letter to employees on Sunday night, with several other clubs rumoured to be ready to take similar action.

Representatives from the PFAI held talks with clubs and the FAI on Monday morning and they were due to continue into the night in a bid to find a solution to the crisis affecting the league's second-tier members.

PFAI general secretary Stephen McGuinness said: "It's our first division clubs where the players would be part-time professionals. In the majority of cases, they would have other jobs, but the football wage would supplement that.

"We had discussions this morning and we'll have further discussions this afternoon and this evening to see is there some way that we can find here a middle ground that can assist both sides, and can there be some assistance given to the clubs and is there a point that the clubs can get to to assist the players before they have to cut off payments?

"That's the discussion at the moment."

Drogheda chairman Conor Hoey insisted payments would resume once the league programme was back up and running and that players and staff would still earn what they would have done over the course of the season.

Drogheda United have suspended payments to all First Team and Coaching staff given the suspension of the SSE Airtricity League.

Chairman Conor Hoey said: "We need to act now so that the club is financially ready to continue once the League recommences." pic.twitter.com/Ae7YNdJBWd

He said in a statement on the club's official Twitter account: "We need to act now so that the club is financially ready to continue once the League recommences.

"We do not have any budgetary issues within the club, but this is about being prudent and planning ahead. We thank all staff and players for their understanding. We are all in this together."

McGuinness insists the prospect of an extended shout-down - there will be no games played until at least March 29 - could have a major impact. 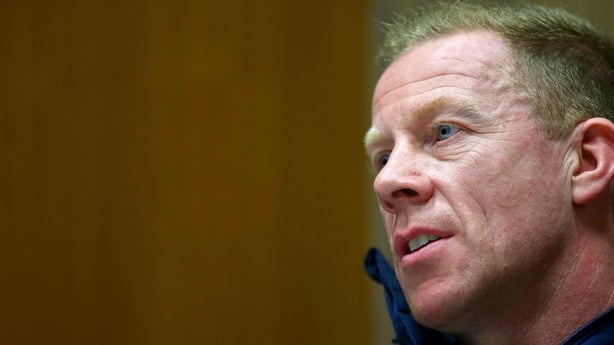 "We've no TV revenue deals or anything like that, so that then becomes a huge issue for us. When you don't have any revenue coming in, it affects the whole of the income that clubs get in, it's a huge part of it.

"It's something that, as the players' association, we're fully aware of. It's unprecedented where we are and there's not much else we can do bar seek assistance."