Ireland manager Vera Pauw said that while it was a case of "job done" following her side's 3-0 victory over Montenegro, she emphasised that there was real room for improvement as the women's national side look to qualify for Euro 2021.

While Ireland dominated possession throughout the game, they failed to show that superiority on the scoreboard until the final stages, when they scored two late goals to perhaps flatter with a 3-0 victory.

Diane Caldwell had given Pauw’s side an early lead thanks to a committed header inside the six-yard box, following a fine assist from fellow centre-half Lousie Quinn.

Yet, in truth, it was the home side who created the better chances throughout the first half as clever counterattacking, coupled with lapses of concentration in the Irish defence, led to several goalscoring opportunities.

Fortunately for Ireland, the home side were unable to capitalise, and a better display by the Irish in the second half, as well as a Montenegro red card, finally saw the Girls in Green put the result beyond doubt.

But the manager was quick to concede that it was far from a polished performance from her side against the perceived weakest team in the group – a team that German scored ten against earlier in the campaign.

Pauw suggested certain factors prevented her side from creating more goalscoring chances, while also admitting that the team needed to be braver when the opportunities presented themselves. 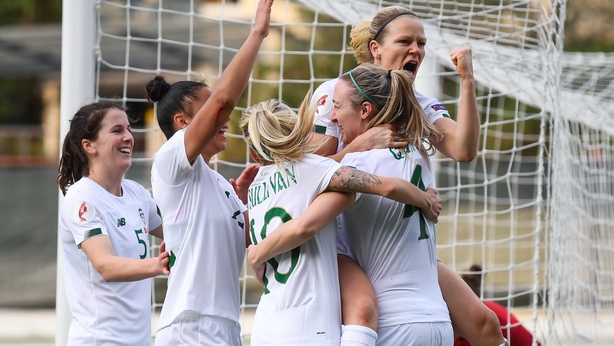 "It was a very narrow pitch and there was not much space as they kept a lot of players behind the ball," said Pauw.

"Credit to Montenegro, they fought all the way through.

"And while we deserved the win, we should have played with more variety and more composure, because there were too many mistakes in the game."

Playing with an unfamiliar back three, to allow a more attacking approach from the Irish in Montenegro, Pauw admitted that the early mistakes could have cost her side and that she was nervous throughout that shaky opening period.

"Yes [I was nervous], early there were mistakes made and they put all their energy going forward.

"We worked really hard but we could not get a grip on the pressure they were putting on the ball and we were probably trying too hard.

"We were not connecting well with each other in the first half, but it was better in the second half." 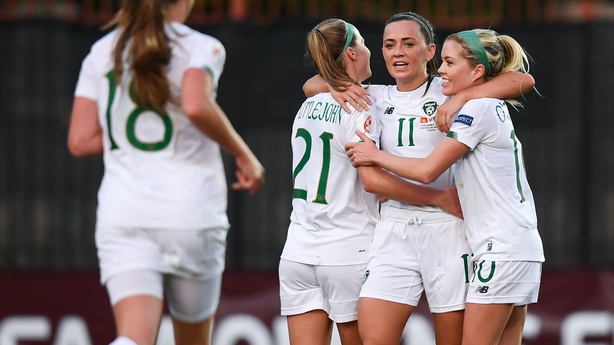 Ireland did create chances in that opening 45 but some clear-cut opportunities were spurned in the final third, which Pauw put down to some of her players not being brave enough in front of goal.

"We have to be brave in front of goal.

"We had three opportunities to score and we were not brave enough, and at top level in sport you really have to put everything into it."

The second half was more pleasing to Pauw, who believes that the best is yet to come from her side, who will gel in the final third once they play more often together.

And Pauw is hoping that her side can cause a shock next month as they face Germany away from home in a top of the table clash with their main group rivals.

"We could have scored more goals, but that will come," said Pauw.

"If there is more stability in the team and they play more often together, the goals will also come.

"We are very happy with the six points and remain on track for qualification.

"Hopefully, we have a full squad for the game against Germany and hopefully we get a result against them.

"It will be very difficult but we will do everything in our power to make a good game of it." 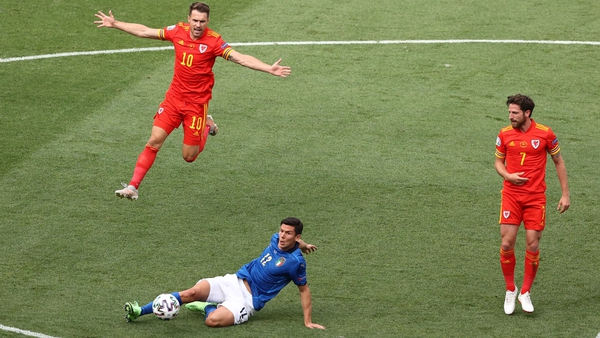 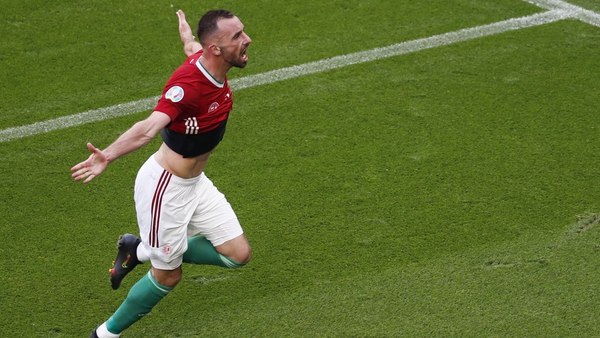