Atalanta's Josip Ilicic scored four goals in a stunning individual display to lead them to a 4-3 Champions League last-16, second-leg win over Valencia, that completed an 8-4 aggregate victory, at an empty Mestalla on Tuesday.

Playing in the Champions League for the first time this season, Atalanta's European adventure continued in emphatic fashion as Slovenian Ilicic netted twice in each half to guide his side comfortably into the quarter-finals.

Valencia defender Mouctar Diakhaby conceded two penalties in the first half, both converted by Ilicic, either side of Kevin Gameiro's equaliser.

Gameiro headed home a second and Ferran Torres put Valencia ahead on the night but Slovenian playmaker Ilicic completed his hat-trick and then curled in a sumptuous fourth as his team reached the quarter-finals. 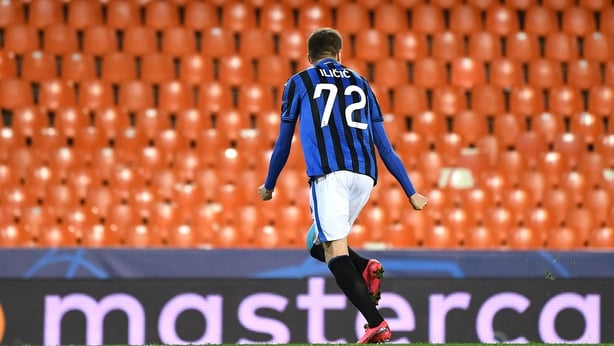 The Spanish side's stadium was shut to supporters as part of measures to stop the spread of coronavirus, with the visitors coming from a high-risk zone in the north of Italy.

Yet despite fears surrounding the virus, thousands of Valencia fans gathered outside the stadium to welcome their team bus as they attempted to overturn a 4-1 first-leg defeat.

"Our hearts and souls are always in Mestalla," read a banner draped over empty seats inside.

Valencia started badly, with the hapless Diakhaby bringing down Ilicic inside the second minute and the Slovenian converted from the penalty spot to give the visitors a dream start.

Gameiro pounced on a loose ball and slotted home to level but Gian Piero Gasperini's Serie A side could not be repressed.

The Italians went back ahead two minutes before the break after Diakhaby handled in the area to concede another penalty, dispatched by Ilicic. 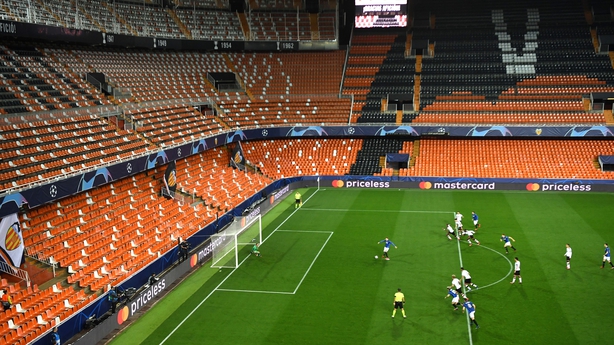 Remo Freuler crashed an effort against the crossbar for Atalanta but Gameiro headed home Torres's cross to level on the night after 51 minutes.

Electric winger Torres, recently linked with Barcelona by Spanish media, lobbed home to give the hosts some hope, but the sublime Ilicic wrapped up the tie with two classy finishes.