Republic of Ireland boss Mick McCarthy admitted the outbreak of the coronavirus could see the Euro 2020 play-off semi-final in Slovakia postponed but said he's refusing to get too caught up in an issue that's out of his control.

Ireland are due to travel to Bratislava for the 26 March showdown, but there's no guarantee the game will go ahead.

The Six Nations clash between Ireland and Italy in Dublin - which was supposed to take place on Saturday - has been called off and if cases of the disease continue to rise in this country or Slovakia, then it would be difficult to see the fixture taking place.

"The coronavirus, the World Health Organisation will take it completely in their hands," McCarthy told RTÉ Sport's Tony O'Donoghue after the Nations League draw in Amsterdam.

"If there's lots of cases in Ireland or in Slovakia then it's going to put the tie at risk because that seems to be what's happening.

"I can't do anything about that. I'll just keep washing my hands and singing Happy Birthday to myself, that's what I'm doing!"

To aid the containment of the virus, it's been recommended that people wash their hands with warm soapy water for at least 20 seconds - roughly the length of time it takes sing the Happy Birthday song twice. 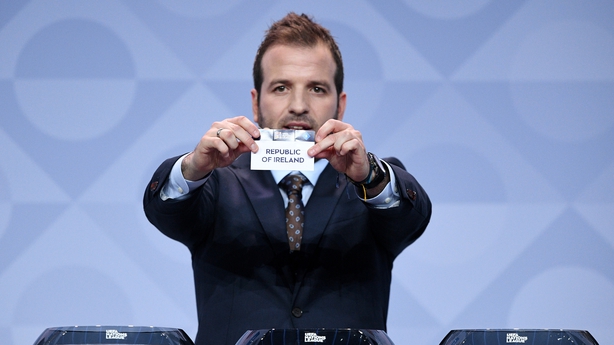 McCarthy will be gone as manager by the time Ireland begin their Nations League campaign in September. Stephen Kenny will be at the helm by then but the outgoing manager believes the League B draw has been pretty good to the Boys in green. They'll face Wales, Bulgaria and Finland in Group 4.

"Wales are the standout team I think, having qualified for this Euros and the last Euros," McCarthy said.,

"Bulgaria - who we played (and defeated 3-1 in a friendly last September) - we're more than capable of beating them. I don't know much about Finland but I think it's a good group.

"Bulgaria weren't good in their qualifying group. I watched them against England, and I know it's England, who are one of the better teams in the world right now, but they slammed them.

"I think everyone thought the Nations League was going to be glorified friendlies but they turned out to be very competitive, good crowds, great atmospheres and some really good games as well."