Seamus Coleman is likely to miss the Euro 2020 play-off semi-final against Slovakia after Republic of Ireland boss Mick McCarthy revealed he's facing four to six weeks on the sidelines.

Coleman was forced off 28 minutes into Everon's 1-1 draw with Manchester United at Goodison Park on Sunday, holding his thigh area as he received treatment.

McCarthy told RTÉ Sport's Tony O'Donoghue that the Donegal man is "struggling" to make it, while talking up his likely replacement Matt Doherty.

"I think Seamus is struggling for the games. He's got a thigh strain, a strain or a tear. I'm told it could be four to six weeks. That will put him out if that's the case.

"Matt Doherty is doing great. I was at Fulham at the weekend and Cyrus Christie came on and was excellent. But the Doc's great. He's doing really well." 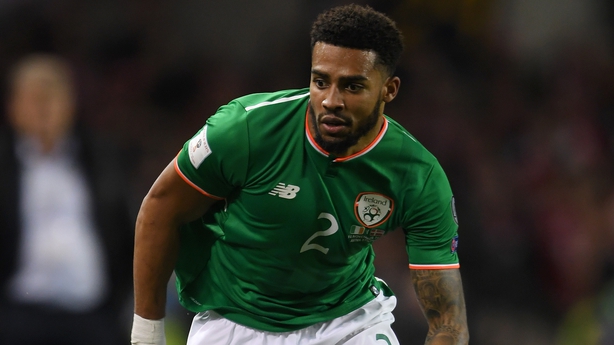 McCarthy was in Tallaght last Friday to see Jack Byrne pull the strings against Dundalk. He missed the midfielder's excellent winning goal but saw enough to dish out some praise.

Speaking to FAI.ie he said: "I did see Jack's goal - on my phone in the car! And yes, it was a great goal and maybe as good as the earlier Jordan Flores strike for Dundalk that has been seen by so many across the globe by now and rightly so.

"What did impress me on the night was Jack's ability to see a pass and make the pass. Plenty of players can see a pass but Jack is able to play the ball as well and that was a key factor in the game.

"He certainly gave me plenty to think about with that performance and I loved everything about the game. The atmosphere was electric, the record crowd had a real buzz about them and it was a great advert for the League of Ireland."

With goals at a premium for his team throughout qualification, the recent exploits of some Irish attackers is a welcome sight. 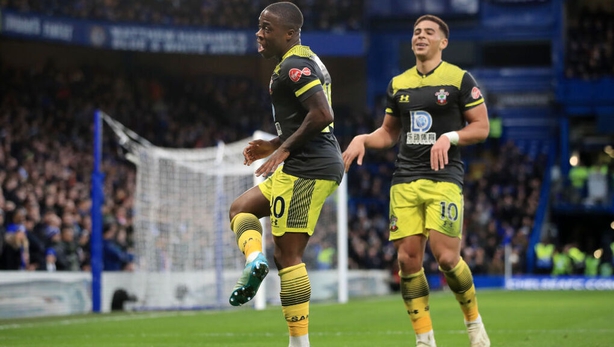 Michael Obafemi lined up alongside Shane Long and Under-19 international Will Smallbone for Southampton in their 3-1 defeat at West Ham on Saturday - Obafemi lofted home a nice goal for the Saints - while Doherty was on target for Wolves in their 3-2 victory at Spurs.

Scott Hogan has rediscovered his goalscoring touch since making a loan move to Birmingham - he bagged a brace in their 2-2 draw at QPR. Hogan now has six goals in seven appearances for the Blues.

James Collins slotted home a penalty in Luton's 1-1 with Stoke and rising talent Jason Knight netted again for Derby time in their 3-1 success at Sheffield Wednesday.

"Our players are scoring at just the right time as we get closer to Slovakia," added the Republic boss. "Michael will be delighted to have scored after getting the nod to start upfront with Shane and Matt is getting plenty of chances at Wolves and taking them.

"Scott is on fire at Birmingham and really looks like he is proving a point to himself never mind to anyone else after moving there on loan in the January window. We’ve watched Jason and James a lot in the Championship this season and it is good to see them on the scoresheet as well.

"I don’t care who gets the goals in Slovakia so long as we get goals and there are plenty of Irish players enjoying the goalscoring habit now which I’m sure everyone who wants that play-off win is delighted with, me included."