It may only be the fourth match of the campaign but there is no denying this is a huge clash in the overall context of the season.

A crowd of 7,500 is expected. Last year's champions and runners-up are already occupying the top two positions in the table and it would be a major surprise if they didn't fill them again at the end of the year.

It is a game of the best players, one of the best stadiums and the best teams. It is not a game to miss. Tune in to RTÉ2 from 7.30pm.

A full house is expected as Cup winners, Shamrock Rovers, host League champions, Dundalk. Both sides have enjoyed a perfect start to the season with three wins from three. pic.twitter.com/cMDVvXrshp

Shamrock Rovers: Graham Burke, who scored five against Cork last week is out for a couple of weeks with a calf injury. Sean Kavanagh is still 6-8 weeks away. New signing Rory Gaffney could be involved.

Dundalk: John Mountney and Sean Murray are absentees. Patrick McEleney is doubtful due to an achilles problem. Darragh Leahy is undergoing a late fitness test. Georgie Kelly, meanwhile, has recovered from a back problem and is in line to be in the squad for the first time this season.

Stephen Bradley (Shamrock Rovers): "They're obviously league champions and a top team but we don’t fear anyone. We’ll go and impose our game on them. They’re a good side but we’re a good side as well and we’ll go to win the game."

Jordan Flores (Dundalk): "It was the start we wanted, we have three wins from three and we are already ahead of where we were this time last season. That is something we aimed for and we want to continue that.

"It's going to be a big game. It’s always a tough battle against Shamrock Rovers. Every game against them is always important and Friday is no different." 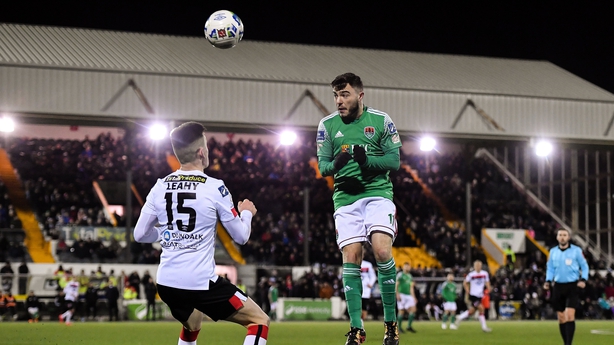 As much as the game between the top two carries weight, this one is equally important in the race to avoid the drop. Another defeat for Cork will increase the pressure - not on the manager - but the club after a difficult start to the season.

There is context that they have faced Shamrock Rovers and Dundalk and few sides will pick up points against them.

But another home defeat would sour the mood further at the Cross. Harps should have six points from six and Ollie Horgan will be counting each one. Another positive result here would make it a fantastic start for the Donegal side.

Finn Harps: Adrian Delap is available for selection once again having sat out the Derry game due to ineligibility. Mark Timlin is out for the season while Shane McEleney is doubtful after sustaining a knock in last week's North-West derby.

Neale Fenn (Cork City): "It is a tough league, it is an unforgiving league, but we are learning. If you don't defend properly, you will get punished and we have seen that over the last two games. I am determined to approach this game in a positive fashion.

"We want to go and win the game, and I feel that we can. We have learned a lot over the last few games and we need to go out and show a true reflection of what we are all about."

Ollie Horgan (Finn Harps): "Alexander is a good player and more importantly a good lad which is what we're all about.

"He’ll hopefully give us something extra at that end of the pitch and help us get where we want to be." 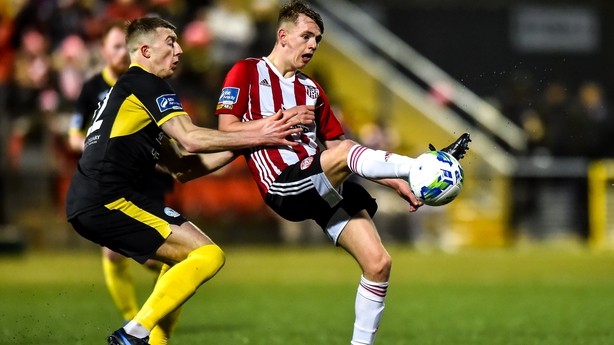 Bohemians recorded back-to-back wins in the last week as they recovered from the opening defeat to their arch-rivals Shamrock Rovers. Four goals and no goals conceded will be particularly pleasing for Keith Long.

Derry stuttered against Finn Harps and with the postponement of their fixture with St Patrick's Athletic last Monday, they could do with a first win of the campaign.

It should be a decent match on the Brandywell astro pitch. Glen McAuley impressed for Bohs on Monday against Sligo and is angling for his first goal.

Derry City: The Candystripes have no fresh injury worries.

Declan Devine (Derry City): "We were unlucky to come away from Oriel Park with nothing and we battled well to get a point in atrocious conditions last weekend. I have total faith in this group of players. They have trained well again this week and I have no doubt that they will quickly benefit from playing together." 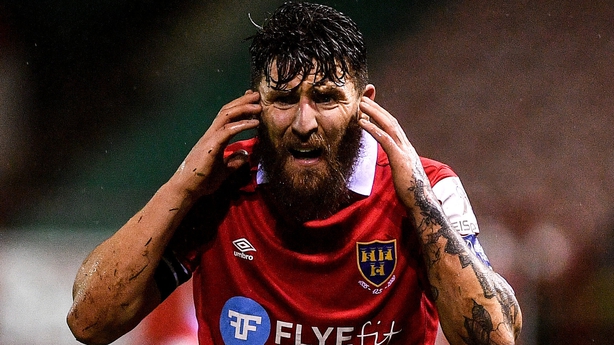 Both teams had their games postponed on Monday and another sell-out crowd could be on the cards at the restricted 3,000 capacity in Tolka Park.

Shels gave Dundalk a real game last week and will be desperate to get a first home win of the season in this Dublin derby.

Pat's meanwhile bounced back from their opening night loss to Waterford with a good win in Sligo. They'll head to Tolka confident but fully braced for a lively encounter.

Shelbourne: The hosts have no injury concerns or suspensions.

St Patrick's Athletic: Head Coach Stephen O'Donnell will be without the services of on-loan Burnley defender Ollie Younger who serves a one match suspension.  Otherwise, the Saints will give a late fitness test to Billy King ahead of the game.

Ian Morris (Shelbourne): "We've had a full week to prepare, so we’ll be fresh. We’ve got to match their quality and match the determination. I can’t reiterate it enough how important a loud support is. The fan base propels the players forward and helps them grab the game by the scruff on the neck."

"We've approached this as a normal match week and we trained as normal on Monday once the news came that the Derry game was off.  So our focus has been on Shels since then. It's a Dublin derby and they are some of the best games to be involved in as a St Pat's player."