The Belgium playmaker, who only recently returned from a three-month lay-off due to an ankle problem, was replaced in the second half of the 1-0 loss at the Ciutat de Valencia.

Hazard underwent tests on the injury on Sunday morning, after which Madrid confirmed the extent of the problem.

The club said in a statement: "Following the tests carried out today on our player, Eden Hazard, by the Real Madrid medical department, he has been diagnosed with a fracture to his right distal fibula. His recovery will continue to be assessed."

Madrid have not said how long they expect Hazard to be sidelined for but reports in Spain suggest he could be out for another two months.

That would rule the former Chelsea star out of both Champions League matches against City, the first of which takes place at the Bernabeu in midweek.

It will also see him miss next weekend's El Clasico showdown against title rivals Barcelona, as well as a host of other matches for Zinedine Zidane's men. 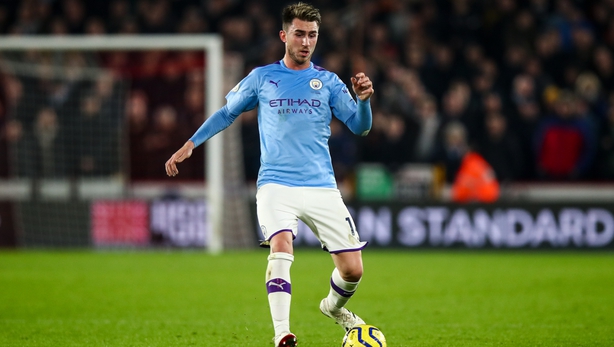 City boss Pep Guardiola is confident Aymeric Laporte is ready to play 90 minutes against Real despite the defender asking to be substituted during Saturday's 1-0 win at Leicester.

Laporte was replaced by Nicolas Otamendi after 57 minutes of Saturday's match, his third appearance since his return from a long lay-off with a knee injury.

Guardiola said there was no fresh injury problem for the Frenchman, but the pace of Leicester's attack was a tough test for a player still rediscovering his rhythm.

"He asked me to be subbed," Guardiola said. "He's not injured. We cannot forget he has been out for four or five months injured. They run a lot, (Jamie) Vardy, Kelechi (Iheanacho), (Harvey) Barnes, they are all so fast.

"It was quite different against West Ham (on Wednesday) where they was only one striker so it was easier to control, but he's OK."

Asked if Laporte was ready to play the full match at the Bernabeu on Wednesday, Guardiola simply said: "Yes".

Laporte has made a gradual return to action from the knee injury suffered against Brighton on 31 August.