Frank Lampard got one over his former manager as Chelsea beat Jose Mourinho's Tottenham 2-1 with goals from Olivier Giroud and Marcos Alonso in another Premier League match affected by VAR controversy.

Mourinho, who worked with current incumbent Lampard across his own two spells as Blues boss, hinted before the match he had information about how Chelsea would line up at Stamford Bridge in Saturday's lunchtime kick-off.

But if Mourinho did have an informant divulging tactical secrets from Lampard's training sessions it was not apparent as Giroud - making his first start since November - breached the Spurs defence in the 15th minute and was involved in the build-up to Alonso's superb long-range strike three minutes into the second half. 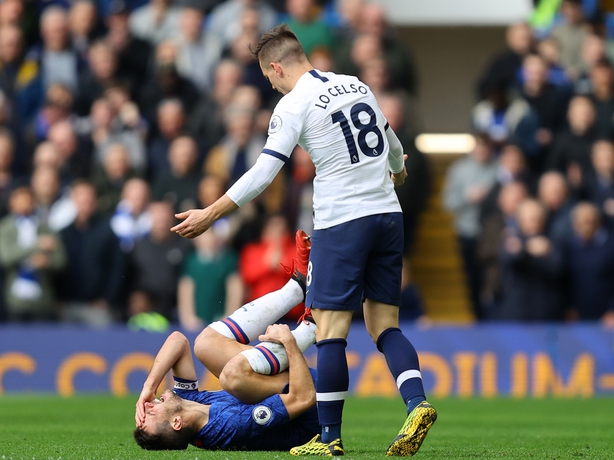 A contentious talking point then arose as Tottenham midfielder Giovani Lo Celso looked certain to be dismissed for his apparent stamp on Cesar Azpilicueta, but the Argentinian somehow avoided a red card following a VAR review.

Antonio Rudiger's late own goal, following a run into the box and cross-shot by Erik Lamela, offered Spurs some mild comfort as they watched Chelsea pull four points clear in fourth place.