City will contest the ban, and the £24.9million fine that came with it, at the Court of Arbitration for Sport, with Guardiola saying he believes the "truth will prevail" and they will see the sanctions overturned.

But while City have responded with a defiant tone, others have welcomed UEFA's stance, not least Bartomeu who said on Tuesday he was happy to see the European governing body taking action.

"We thank UEFA, who in recent years has been so sure to follow up on Financial Fair Play," Bartomeu said.

Bartomeu was speaking while denying that his own club had employed a social media company to make negative comments about current and former players including Guardiola, Gerard Pique and Lionel Messi as part of a bid to increase the standing of certain board members, Bartomeu included. 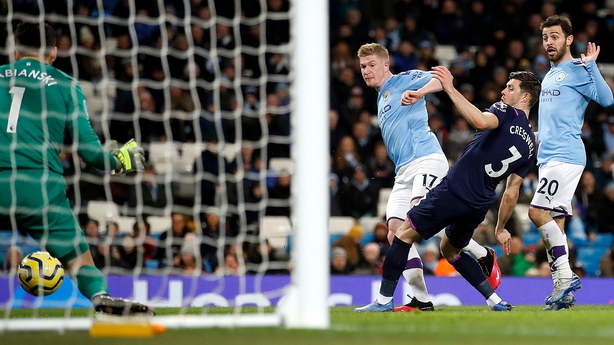 "I don't know if they spied on me," said Guardiola, who made almost 500 appearances for Barca and later coached them to a club-record 14 trophies in four seasons. "If it happened, they know me so it is not necessary to spy on me.

"And if they are happy we are suspended, I'd say to the president of Barcelona, give us (the right) to appeal, you know.

"He asks right now (if) the people trust what they have done so that is what we're going to do. We believe that we are right and we are going to appeal and maybe it happens.

"Because everybody's involved sometimes in situations. But we are going to appeal and hopefully in the future we can play the Champions League against Barcelona."

Guardiola insisted he had no desire to leave City even if the ban is upheld, saying that either way he would see out a contract which runs until the end of next season.

"When someone believes he is right, he is going to fight to the end and that is what we are going to do," Guardiola said.