Jose Mourinho took a swipe at Dele Alli and said his fatigued squad "are really in trouble" but he is not giving up the ghost after Spurs' first-leg loss to RB Leipzig in the Champions League last 16.

The illustrious Portuguese was eclipsed by Leipzig's fresh-faced young coach Julian Nagelsmann and the one surprise was that the visitors' only reward for a dominant display was Timo Werner's 58th-minute penalty.

There was no pace for Irish teenager Troy Parrott in the Spurs squad despite their injury problems, with a defiant Mourinho defiantly proclaiming his side are still right in the tie.

Leipzig will need no reminding that Tottenham produced some stunning away displays last season to reach the final, most notably when they lost to Ajax Amsterdam 1-0 at home in the semi-final and trailed 2-0 away before winning 3-2. 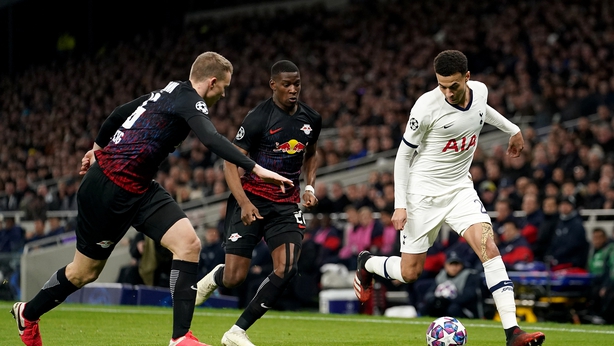 But Tottenham have regressed since and Mourinho's task has not been helped by injuries which deprived him of both leading strikers Harry Kane and Son Heung-min and midfield powerhouse Moussa Sissoko against Leipzig.

They looked weary as they struggled to cope with the high-energy pressing game that is the trademark of young coach Nagelsmann, once described during his impressive tenure at Hoffenheim as the "mini Mourinho", and but for keeper Hugh Lloris Spurs would have suffered a more damaging scoreline.

"We are in a very difficult situation. I'm so proud of the players and what worries me is this is the situation for the rest of the season," Mourinho said.

"But speaking about the next game against Leipzig, I can guarantee we are going there to fight to our limits."

Nagelsmann said his side's failure to convert more of their 16 goal attempts (compared to Tottenham's 11) left the second leg on March 10 "complicated" and he will fully respect the vast experience Mourinho has in such situations. 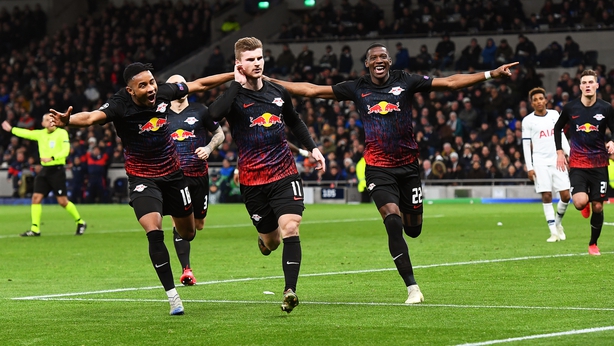 Mourinho became only the fourth manager to take charge of 150 Champions League games on Wednesday, but Nagelsmann, who also took Hoffenheim into the competition, has steered Leipzig to within a point of Bundesliga leaders Bayern Munich.

He said his youthful and dynamic side will offer up more of the same high intensity football.

"We always try to attack the opponents very early and try to win the ball high up in their half. Today, in the second half, we tried to create a bit more on the counter.

"The first half was very good. We created three or four chances after two minutes. After the goal it wasn't that easy to find spaces and create chances. It was a good game. We had good control, good ball possession."

A frustrating night for Tottenham was laid bare when Mourinho substituted Alli after 64 minutes and the England midfielder responded by hurling his boot in anger.

"I think he was angry with his performance. Not with me. I think he understands why I took him off and the team improved," Mourinho said.