Marcus Rashford's season and Euro 2020 dreams could be over after Ole Gunnar Solskjaer revealed the Manchester United star will be out for at least "another few months" with a back injury.

In a campaign of ups and downs at Old Trafford, the 22-year-old's performances and goals had been one of the main positives.

But a fine end to the year has been followed by a galling start to 2020.

Solskjaer initially expected Rashford to miss six weeks with the double stress fracture to his back sustained in last month's FA Cup replay against Wolves.

However, the United manager admits the England forward could miss the rest of the season - and perhaps even this summer's European Championship.

"I would hope he's playing this season but it'll just be touch and go towards the end," Solskjaer said ahead of the Europa League round of 32 first leg at Club Brugge.

"So hopefully we can go through and get through this tournament and prolong the season.

"It takes time. I'm not a doctor, but obviously I was hoping that he would recover quicker than it actually looks like he's going to be out for. So, another few months definitely."

Asked whether he would be in risk of missing Euro 2020, Solskjaer said: "Well, I would hope that he plays before then but we're not sure, so if he's not fit enough, he won't go." 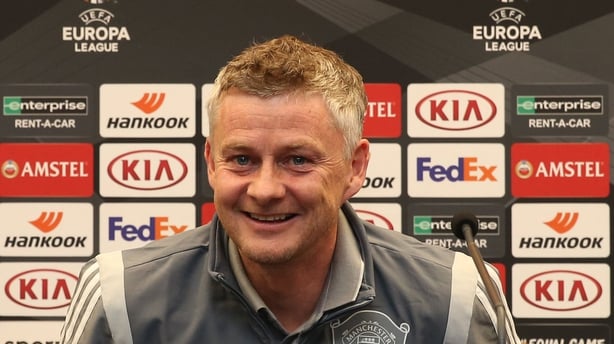 The news is also a gut punch for a United side still in the hunt for FA Cup and Europa League glory, as well as a fight for the Champions League places.

Rashford had been confident of being "back before the season ends" after sustaining the injury at Wolves, just days after coming off against Norwich with a back complaint.

Asked if there had been a setback, Solskjaer said: "He had a scan and it was maybe more severe, that fracture, than what we hoped for and expected because he felt fine the few days before that.

"I've never had anatomy (classes) in school so I didn't know it just takes that time to recover.

"But when he recovers, when he's healed, he'll be stronger for it, so it's important that we don't rush him. And we won't do that."

Rashford is among a number of absentees for the Europa League trip to Bruges.

Mason Greenwood, Axel Tuanzebe and Scott McTominay, who trained with the squad before flying to Belgium, will not fit to feature, nor will club-record signing Paul Pogba.

The World Cup winner's recovery from an ankle injury continues slowly to background noise about his future, fuelled in recent days by divisive agent Mino Raiola.

"He's not been part of team training yet, so it'll depend on how he feels or when he feels ready to do that," Solskjaer said. "He's not anywhere near that yet." 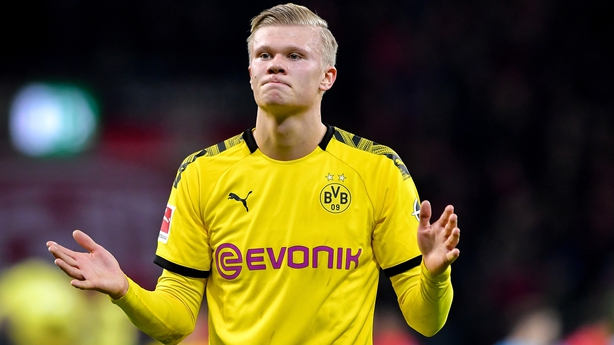 The role of Raiola is also understood to have played a part in Erling Haaland favouring Borussia Dortmund rather than Old Trafford.

The 19-year-old striker has underlined his position as one of the world's greatest young talents since making the switch to Germany, netting twice as Paris St Germain were beaten 2-1 in the Champions League on Wednesday.

"I normally never comment on opposition players," Solskjaer, who coached Haaland at Molde, said. "But since I've had Erling, I'm just delighted for him.

"He's a top boy, an absolutely fantastic kid you want the best for and he's started fantastically with Dortmund, so we just watch him.

"For Norway, it's brilliant for us that we have a striker who can score a goal again."