Atalanta continued their dream debut Champions League campaign with a 4-1 win over Valencia in an entertaining last-16 first leg at Milan's San Siro.

Gian Piero Gasperini's Serie A side raced into a two-goal lead by half-time with goals from Hans Hateboer and Josip Ilicic, while Valencia were denied by the post.

Remo Freuler's curling strike and a second goal for Hateboer looked to have ended the tie as a contest, but substitute Denis Cheryshev gave the Spanish visitors a faint glimmer of hope with an away goal.

Two-time runners-up Valencia will host the Serie A side at the Mestalla Stadium in the return leg on 10 March.

Atalanta qualified for Europe's top club competition for the first time with a surprise third-place finish in Serie A last season, which was achieved despite having just the 14th-highest wage budget in the division.

Playing their home games at the San Siro after their own Stadio Atleti Azzurri d'Italia failed to meet UEFA standards, they got off to a nightmare start by losing their opening three group games, conceding 11 goals in the process.

But a home draw with Manchester City followed by wins over Dinamo Zagreb and Shakhtar Donetsk was enough to send them to the knockout stages. 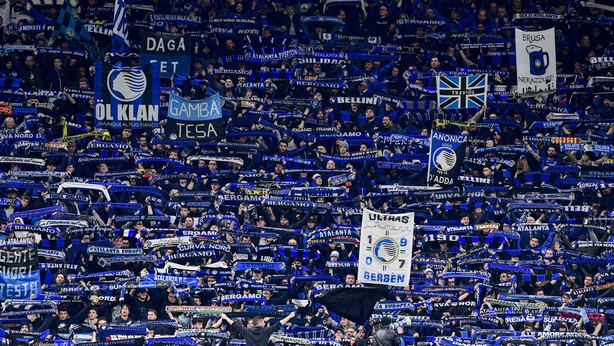 More than 45,000 fans travelled to Milan for Wednesday's game, 51 kilometres away from Atalanta's hometown of Bergamo, which has a population of just 120,000 people.

The Italians began in confident fashion, coming close to the opener after just eight minutes when Mario Pasalic burst into the box and saw his curling shot superbly saved by Jaume Domenech.

The hosts found the breakthrough when Hateboer met an Alejandro Gomez cross at the back post and slid in a finish from close range.

The goal drew a response from Valencia, who were inches away from an equaliser when Ferran Torres smashed a shot against the post from a tight angle, before Goncalo Guedes' effort flew wide, just beyond the outstretched foot of Eliaquim Mangala.

But the Italians doubled their lead three minutes before the interval when Ilicic gathered the ball on the edge of the area and smashed a right-footed drive beyond Domenech.

The chances continued to flow in the second half and a third goal arrived when Freuler whipped a sublime finish into the top corner from the edge of the area. 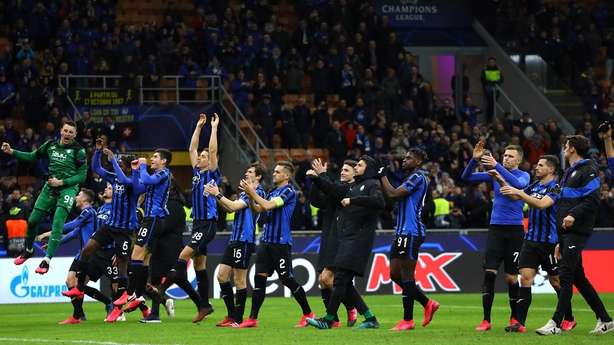 Yet the Dutch international Hateboer struck again after 63 minutes, beating the offside trap on the right wing before driving forward and firing home a finish.

Valencia eventually took one of their chances to notch an away goal when a lazy pass from Jose Luis Palomino was pounced on by substitute Cheryshev, who drilled a shot into the bottom corner with his first act of the game.