Jurgen Klopp has warned there is little room for error as Liverpool resume their Champions League defence in Madrid.

The Reds are back at the scene of last year's final success, the Wanda Metropolitano Stadium, as they face Atletico in the first leg of their last-16 tie.

Atletico, who finished second in LaLiga last season, are enduring a difficult campaign this time around - in contrast to Liverpool's runaway form in the Premier League.

Diego Simeone's men, who suffered a humbling Copa del Rey loss to third division Cultural Leonesa last month, have failed to mount a challenge this year and are fourth after one win in their last five.

Nevertheless, Klopp is wary of the dangers of a side which under Simeone has twice reached the Champions League final and won a LaLiga title and two Europa Leagues.

The Liverpool boss said: "Playing Atletico I would say is one of the most difficult things in the life of a football player.

"If there's one team where you have to be at your absolute best, it's Atletico. They give you absolutely no presents. If you work as hard as possible, you have a chance. If you don't do that, you have no chance.

"The moment you are not 100 per cent concentrated, they close you down with two or three players and then counter-attack. If you are not focused and concentrated in your own offensive play, you will not even have a shot on target because they close the centre so good."

Given that Klopp's own side are 25 points clear at the top of the Premier League and the world as well as European champions, he does however know Liverpool can beat them.

He said: "On the other hand side I don't think they've played against a team like us, and we should not forget that.

"We combine a few things, we are not badly organised, we play football, we have respect different aspects of the game, our readiness to fight is exceptional." 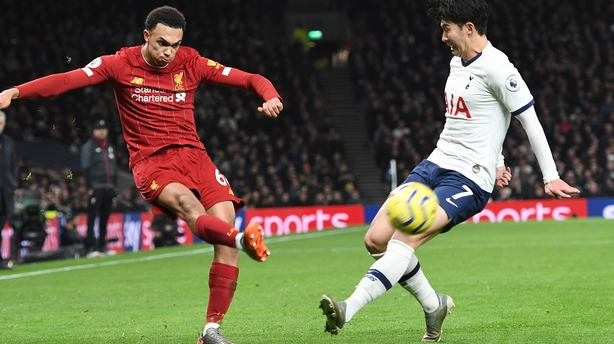 Right-back Trent Alexander-Arnold is looking forward to the contest.

He said: "We understand what we're going to face, it'll be very difficult but we're going into it with a game plan.

"We know what we need to do and hopefully we'll come away with a result that puts us into a good position going back to Anfield."

Two-time World Cup-winning Brazil right-back Cafu recently spoke of his admiration for Alexander-Arnold and tipped him as a future Ballon d'Or winner.

Alexander-Arnold said: "It's massive praise from a legend of the game and it's something I am really thankful for.

"I try and be the best player I can be but it's a team game. Accolades may or may not come in the future, it doesn't really faze me. For me, especially, it's about winning the team trophies."

Watch Atletico Madrid v Liverpool live on RTÉ2 and rte.ie/player from 7.30pm or follow it live on rte.ie/sport.