A new Airtricity League season has just begun. It's fair to say that many of the clubs are doing more, particularly across social media, to promote the product. Having the clash of great Dublin rivals, Bohemians and Shamrock Rovers live on RTÉ television was an opportunity to kick-start the campaign with much fanfare.

And then the weather, courtesy of Storm Dennis, proved to be a spoilsport. The decision was taken on health and safety grounds - due to the inclement weather and its effect on the working conditions of broadcast staff - to cancel live coverage of the fixture that was due for broadcast on RTÉ 2 television.

Naturally, would-be viewers were disappointed, with some asking was it possible for the national broadcaster to have come up with a way to show the game?

Perhaps a genuine question to ask, and from it then a discussion on sporting facilities, not only in the League of Ireland, but across other sports. And then of course there is a long-held view from fans of League of Ireland that RTÉ could be doing more to showcase the product.

On the latest edition of the RTÉ Soccer Podcast, Declan McBennett, Group Head of RTÉ Sport, was on hand to answer questions arising from the cancellation of Saturday's match.

According to McBennett, it was a "straightforward" decision to pull live coverage quite simply on health and safety grounds.

Expanding further on the decision, he said: "I got a call from the guys who were on the ground from 7am, up in the gantry, and were ready to go.

"The decision from the RTÉ crew, the unit manager and the outside broadcast company, who both are separate to RTÉ, made it clear that it wasn't safe given the nature of the conditions and the weather forecast that was to pertain throughout the day.

One, the players are down at a particular level. And two, the TV cameras, presentation, sound technicians, commentators are up on a different level.

"If you're up on a height the impact of the wind is much, much greater.

"Technically and logistically at Dalymount, it's not as simple as lifting a camera, lifting a wire and a microphone and moving them over to the other end of the ground. That is just not feasible.

For those not familiar with Dalymount Park, the broadcast gantry is placed on a stand that is condemned. This prompted McBennett to talk generally about facilities.

"We have across Ireland problems with regard to facilities and it's not specific to soccer," he added.

"It's also there in terms of GAA and rugby. Certain venues do not meet the required expectations. Quite simply, they don’t have fixed-camera positions that are safe.

"Personnel are needed to go up to a certain level and if those facilities are not safe, no matter where the ground is, it is simply not feasible to put people in harm's way.

"These are not snowflakes you are talking about; they are people who do this on an ongoing basis. They are hardened professionals."

On the wider topic of RTÉ’s coverage of League of Ireland, McBennett is well aware of a view, going back many years that the national broadcaster is not interested in the league. 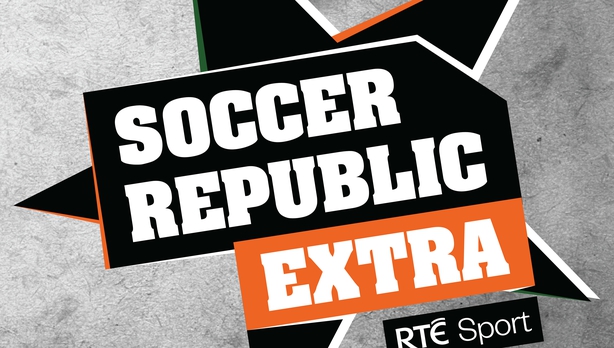 He does, however, point to the live coverage of 18 league games this season and clips of all the goals across the Premier Division and occasionally the First Division near the end of such broadcasts as proof of a commitment.

He continued: "There are issues around the League of Ireland in terms of the audience that tunes in which is not big enough.

"This sense that RTÉ are anti the league simply doesn't stack up. We want the best facilities, the best games and the best coverage.

"We invested significantly last year in taking money away from Soccer Republic (Monday night) in order to put broadband infrastructure in certain grounds so that we could feed games back that night they were happening.

"The Friday night product was considerably improved in my opinion by doing live matches and then getting goals in from the rest of that night's games. Overall, that makes a better product and allows clubs to use their own social media accounts to get those games out.

"We took one level of investment, transferred it through to make a better product. Holding the goals until a Monday night wasn't working. The audience for Soccer Republic wasn't sufficient to justify that."