Steve Bruce has warned that England will not be able to compete for international honours if the nation's top players continue to be run into the ground.

Newcastle's head coach was speaking as he prepared his men to return to action at Arsenal on Sunday, following the Premier League's first winter break, with the repercussions of a gruelling programme in December and January still limiting his choices.

Asked if he felt the break was a good idea, Bruce, who saw the Magpies' scheduled lay-off cut short by an FA Cup fourth-round replay against Oxford, said: "Yes, I can see that. 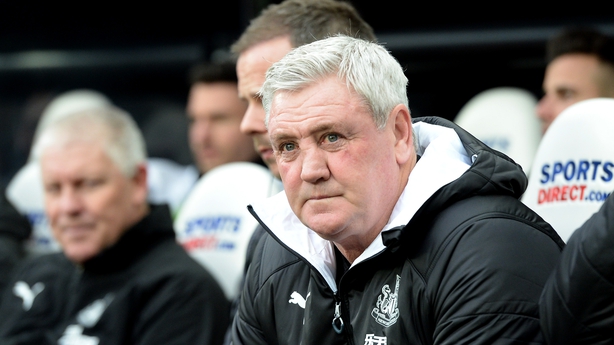 "Getting it cut short like it was wasn't quite right, but we've got 13 games over the next three and a half months, so to ask players to do 15 games in two months is ridiculous.

"And then we wonder why, when we get to a tournament England can't perform to the level. For the international footballer of today, it's a huge problem, it's absolutely ridiculous. They don't get a break any more. They are machines and they break down.

"Someone like Harry Kane, an injury like he has had comes from playing too often, playing Saturday, Tuesday for evermore. As fit as he is, to pull a tendon like he has, it's fixture congestion.

"We have to scrap international friendlies or sacrifice one of the cups. You can't keep asking the top players to play Saturday and Tuesday for evermore."

Indeed, Bruce has called for a longer break to allow players, particularly those for whom international duty often means a severely truncated closed season, to fully recharge their batteries as he continues to try to nurse his squad through an injury crisis which has persisted for weeks.

He said: "All of Europe, they have a break - even Scotland has three weeks. It has to be a good thing. If you don't have a break, you lengthen the season somehow.

"We keep asking players to play tired. Here, we have had people question the training methods - it's nonsense, it's playing players tired."