Jose Mourinho insists Dele Alli knows he was in the wrong over his Snapchat post making fun of the coronavirus and praised the Tottenham midfielder's swift apology.

Alli joked about the virus outbreak and appeared to mock an Asian man in an airport, but swiftly deleted the post and then made a public apology.

He was contacted by the English FA, who has asked him for his observations and could yet hand him a fine and ban.

Mourinho has spoken to the 23-year-old following his return from Dubai and he is content that the matter is resolved.

"Of course I spoke with him about that. But for me it was quite an easy conversation because he was sorry about, let's say, the mistake but it was never his intention to hurt, offend," the Portuguese said.

"He immediately regretted it, recognised it was a young guy mistake, a young generation mistake. And he apologised. So my conversation was easy, it was not a contradiction of ideas with me unhappy and him not understanding why.

"It was so simple. He regrets it, and that's the best feeling he can show and to have the humility to apologise is remarkable because sometimes young people make mistakes and do not realise.

"This conversation was so easy. I have a son and daughter basically the same age as Dele and many of our players. I know what social media is for this generation and when you're a public person, like a football player, you have to be very, very careful.

"Dele is a great guy, the last thing he is is anything connected with racism or disrespect. The best thing for me is regret, and apologise. For me, end of story. I have to act as an educator and the best way to do it is immediately his reaction. Regret and apologise. So game over." 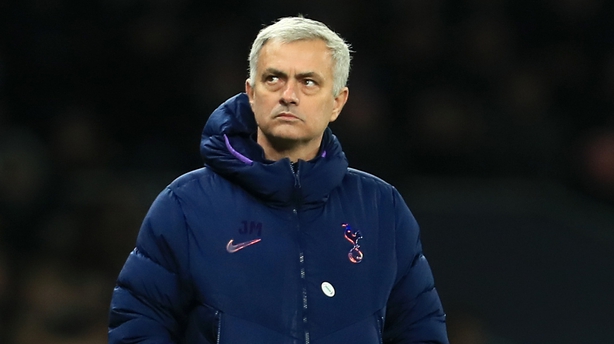 The coronavirus has claimed the lives of almost 1,400 people in Asia - a place Spurs had been considering going on their pre-season tour.

Mourinho says no decision will be made yet, but the safety of the players and staff has to be a factor.

"Our connection with the Asian fans is obvious, so we care about it. Are we thinking about going to Asia in pre-season? Yes, we are.

Mourinho has hit back at Danny Rose, who, following his loan move to Newcastle last month, said he was starved of chances under the Portuguese.

Mourinho, unprompted in a question about fellow left-back Ben Davies, said: "Even for Danny Rose it was a great opportunity to play three very important matches.

Spurs' injury problems are clearing up ahead of Sunday's visit to Aston Villa, with Giovani Lo Celso and Davies returning to the fold.

Juan Foyth, Harry Kane and Moussa Sissoko are the only absentees, with Toby Alderweireld available after his wife gave birth on Thursday night.

"(Erik) Lamela we have to assess tomorrow but if not for Sunday then for Wednesday. So Juan Foyth is out still a little bit.

"Obviously no Sissoko or Harry, so apart from them we are fine. The situation is getting better for us and it happens at the right time because a lot of matches are coming."