Mick McCarthy says there is no added pressure on him as he begins preparations for next month's decisive Euro 2020 play-offs.

The state of the Football Association of Ireland's finances have become clear since the start of this qualifying campaign, with the government stepping in last month to rescue them.

The association's debts are around €62m, with qualification for the finals this summer seen to be crucial in attempting to get that figure down.

"No, I've been aware of it ever since I took the job," McCarthy told RTÉ Soccer correspondent Tony O'Donoghue when asked was there added pressure in relation to the association's situation.

"It's not just been thrust upon me now. We've got two games, and if we qualify we're all going to be a lot better off financially.

"That hasn't just sprung into my mind - that's been there since 1 December 2018.

"I'm more than aware of what it stands for. 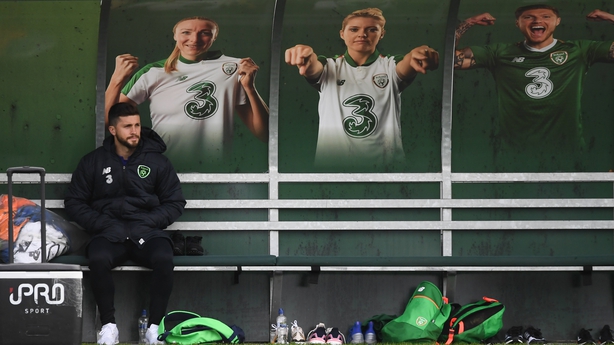 The Republic of Ireland are set to take on Slovakia next month in the play-off semi-final, before a potential away trip to Bosnia and Herzegovina, or a trip up the M1 to play Northern Ireland.

Goals have been a big issue since McCarthy took over, with the team managing just two in their final four qualifiers.

Shane Long has scored two goals since the turn of the year for Southampton in the Premier League, after missing out on the squad for the last qualifier against Denmark in November.

"I've had him watched, and I've seen him," said McCarthy, who was speaking at the FAI launch of the Intersport Elverys Summer Soccer Schools in Dublin.

"He's looking healthy, he just needs to be playing.

"Nobody is doubting his ability, but when he's come in (to the squad) he's been injured on a couple of occasions, and he's not been playing.

"The best way to get back into the squad is to play some games. He's got a much better chance (of getting into the squad) if he's playing, simple as that."

Mick McCarthy on whether Shane Long can force his way back into the Republic of Ireland picture? #rtesoccer pic.twitter.com/mdLmFiGL3J