Rangers manager Steven Gerrard is baffled by another slow start to a year after his side were held to a goalless draw by Aberdeen.

For the second year running, Rangers have quickly lost the advantage gained by beating Celtic immediately before the winter break.

Last season they lost their first match back against Kilmarnock before dropping four points in early February and losing all hope during a dismal March.

Rangers have been unconvincing since returning this season and the Ibrox draw with the Dons followed last weekend's defeat by bottom club Hearts.

"It's difficult to put your finger on it because we look into all this," Gerrard said. "It's not fitness, it's not talent. I'm struggling to put my finger on that right now.

"It's on us to find our spark and have more invention in the final third."

James Tavernier was not risked off the bench after appendix surgery, while Alfredo Morelos, in his first start of 2020 following suspension, failed to convert a one-on-one and set up Ryan Kent for a simple finish.

Gerrard said: "Look, we have missed Tav, of course we have. He is our captain, he is a big contributor in the dressing room.

"We missed Buff (Morelos) at Hearts. When you have got players at that level and how important they are for the team, you are always going to miss them.

"With your best players on the park, there is more chance of having more spark, more quality in the final third.

"James, the way he plays for us, he is more of a winger than a full-back. You see his quality from the sides, he has got running power down the sides. We create a lot from the right-hand side. They are the facts.

"Buff with that chance looked like he had missed a few games of football. But what can we do about that? Give him games, get him back 100 per cent sharp and he takes those chances.

"I sit here every single week talking about how good he is. It's very rare I sit here and say he had two big moments and unfortunately couldn't deliver." 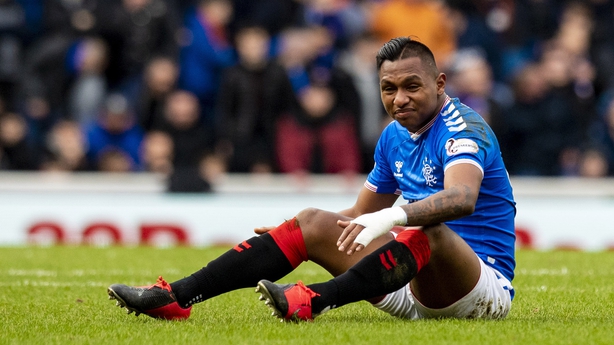 On Hagi, he said: "He showed his quality. I love the way he plays with his head up, he is always looking and searching and probing for something. But he has only had one session with us, he needs to adapt.

"Same with Flo. I wanted to give them a taste of it to see if they can try and help us with that spark."

Aberdeen's point moved them three off third-placed Motherwell and proved a timely boost to Derek McInnes after some fans called for his exit following another goalless draw against St Mirren last weekend.

"We work hard, ignore the noise and concentrate on what we do and try and deliver better performances," the Dons manager said.

"I am confident we will deliver better performances in the second half of the season. We are not far off third spot, where we want to be, and we still think there is more to come from us."