Ole Gunnar Solskjaer blamed a lack of energy after Manchester United played out a dull goalless draw with Wolves.

The United boss praised the attitude and effort of his players in Saturday's Premier League clash at Old Trafford but felt the recent heavy schedule affected performance.

Bruno Fernandes made a promising debut but otherwise there was little to excite as United faced Nuno Espirito Santo's made for a third time in less than a month.

Solskjaer, whose side slipped to sixth in the table, said: "We dominated the game again against them - 65% possession - but we didn't create too many big chances, unfortunately.

"We were lacking a bit of that spark, which is natural. We're on the end of a relentless run - 18 games in the last two months.

"The effort, attitude and character of the players, all the running they've done, I can't fault them. And knowing Wolverhampton as well as we do, and as well as they know us, it was never going be an open game. I don't think it's (about) confidence - it's energy."

Solskjaer was pleased with the first appearance of Fernandes, who joined the club from Sporting Lisbon earlier this week in a deal that could eventually cost £68m. 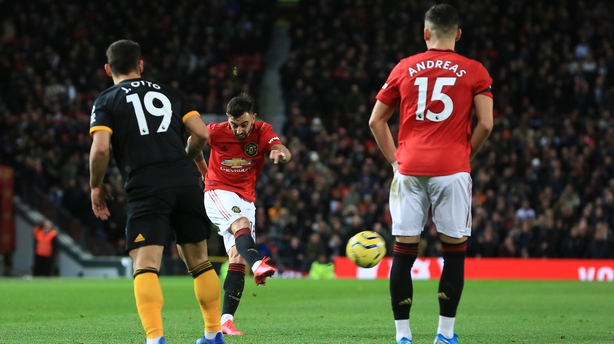 He said: "It's his first game with new team-mates, so I think he played well.

"You want him to express himself and spur team-mates on. That's one of the first things I told him - be yourself, don't change your character, try to get on the ball, make things happen.

"In the first half there wasn't enough movement in front of him, everyone wanted ball in to feet. We changed it a bit in the second half and created more opportunities but I don't think any team deserved to win."

United's executive vice-chairman Ed Woodward was not at the game at the end of a week in which his home was attacked by supporters protesting about his role in club affairs. Solskjaer said this was due to "other commitments".

Woodward has also been subjected to angry chants at games in recent weeks but Solskjaer said: "There's been loads written and and loads of talk about the fans but they were unbelievable again. They supported team until the end and showed they are the best in the world."

Solskjaer said: "He's a different type of striker, a proven goalscorer with a physical presence. He'll also give us a chance to rest Mason (Greenwood) and Anthony (Martial)."

Wolves boss Nuno felt the visitors gave a good account of themselves.

Nuno said: "I am pleased with the way we worked as a team.

"In the first half we were very organised. In the second half United created problems and it was difficult but when we needed to stay together and close gaps we did, and we had chances.

"In the end I think it was a good game of football."

Nuno confirmed forward Adama Traore suffered a dislocated shoulder in a challenge with Harry Maguire in the first half.

"I know he is in a lot of pain," he said. "The doctor managed to put it back again but he had another kick in the end and he's got ice on it now.

"But it's happened before and he's a strong boy." 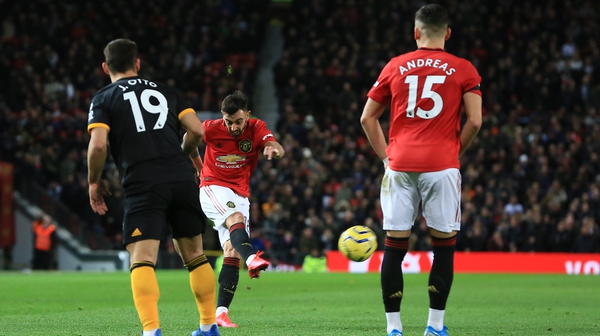