Celtic manager Neil Lennon insisted the "outstanding" Olivier Ntcham was going nowhere after the French midfielder set the champions on their way to a 3-0 Ladbrokes Premiership victory over St Johnstone.

Lennon dismissed as "nonsense" reports in France that claimed a potential move to West Ham was at an advanced stage.

Ntcham headed home in the sixth minute and showed his class throughout on a wet night in Perth.

"I'm delighted for Olivier. He could do that a little bit more, get in the box," Lennon said. "He was outstanding. There is a lot of speculation around him and you could see why. He is not going anywhere.

"He is getting better and better as the season goes on. I'm a big fan of him.

"The last thing I want is good players going out of the door. If anything we want to bring players in - but that's a difficult thing to do.

"I had a joke with him after the game, saying: 'Did you do that for the cameras? Showing yourself out there'. 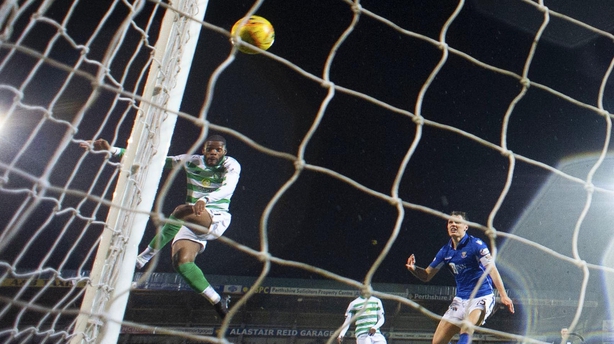 "He has played a lot under me and I thought he was terrific."

Lennon does not expect any transfer activity either way as he played down reports that second-choice goalkeeper Craig Gordon could be on his way to Hearts.

"It's just speculation," he said. "Craig wants to play obviously with the Euros in mind but he is such an important part of the squad here that we don't want to let him go."

Celtic were three up inside 27 minutes after James Forrest and Leigh Griffiths converted amid a wave of attacks and Lennon felt an injury to Jozo Simunovic, one of his three central defenders, halted their momentum.

"The first half was outstanding, the fluidity of the team and the chances we created, the attitude of the players, and the overall quality of football and pace we played at was breathtaking at times," Lennon said.

"We had to change the shape because Jozo had a knee problem. He has gone above and beyond the call of duty since he came back because of the lack of centre-halves we have had. He has been playing through the pain barrier.

"He couldn't carry on so we had to changed the shape, which probably stopped the natural flow we had."

"He twisted it a bit so he will have to be assessed," Lennon said. 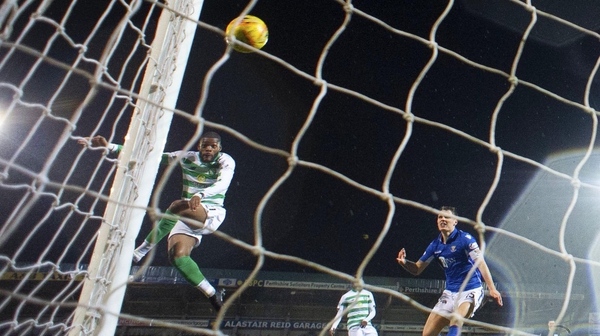