Ole Gunnar Solskjaer says Manchester United need to harness the spirit of Paris St Germain and put in a "perfect performance" if they are to overcome Manchester City and reach the Carabao Cup final.

The Red Devils face an uphill battle in their attempts to reach the Wembley showpiece after losing the first leg of their semi-final against Pep Guardiola's men 3-1 at Old Trafford.

Marcus Rashford's goal gives United a glimmer of hope heading to the Etihad Stadium on Wednesday, when Solskjaer says last March's stunning comeback win against PSG in the Champions League can be an inspiration.

"Well, it looked like it was over at half-time," he said. "I have to say the second part of that first half, they outplayed us for a while and it's hard.

"But then when we got the goal, of course you're back in it. We hope for another one.

"Now we've got to go into the memory bank and think PSG because we've done it against good teams before and it gives us some hope, and the game in December (when United won 2-1) of course gives us hope that we can do something there."

Solskjaer added: "It has to be a perfect performance to win with two goals against such a good team away from home, so for us it's not about away goals, we just need to score two more than them.

"When they happen and how it happens, if we concede two we need to score four so it would be good not to concede first because that makes it less difficult."

Solskjaer confirmed Nemanja Matic is a doubt for the second leg against City in a press conference that included plenty of transfer talk. 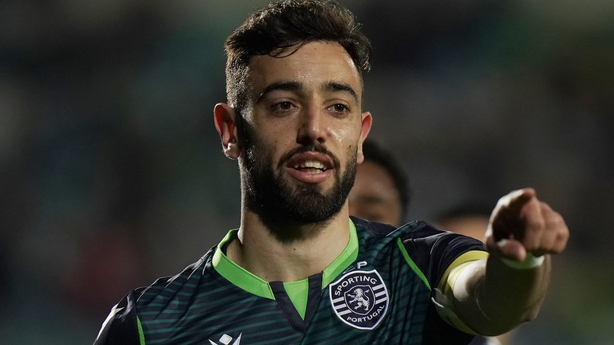 It's understood Sporting midfielder Bruno Fernandes remains a target, while a number of enquiries have been made as United look at possible attacking options.

"I haven't got any updates for you on transfers," Solskjaer said. "I think it was a waste (of a question) - I gave you the option (not to ask it)! I haven't got anything to say now. My mind is just on the game."

Alexis Sanchez would have been a welcome option at this point but does not have a recall clause in his loan deal, although Solskjaer expects him to have a Old Trafford future when he returns from Inter Milan in the summer.

"We've got players here we're working hard to get back as well and if there is something out there, then the club are pursuing that and looking at it," the United boss said.

"Of course it is a difficult window. It always has been. I can't remember how many good ones we've brought in, good deals that we've brought in in January. Henrik (Larsson) was good, Nemanja (Vidic) and Patrice (Evra) were two good ones."

When January 2018 signing Sanchez was mentioned, Solskjaer said: "It's very hard because the clubs don't want to lose their best players. Alexis will come back in the summer and prove you all wrong."