Wayne Rooney could not inspire Derby to FA Cup victory against League Two Northampton as the pair face a fourth-round replay at Pride Park following a forgetful Friday night stalemate.

The former England skipper was a surprise inclusion for the Rams but failed to captain his new club to a place in round five as Keith Curle's Northampton created the better chances of a 0-0 draw.

Republic of Ireland Under-21 Jason Knight - who signed a fresh  signed a long-term contract with the Rams midweek - played the full 90 minutes on the right but this was a real slog for the visitors.

Charlie Goode should have been sent off early on at a sold-out PTS Academy Stadium. After a poor decision from the referee, he was handed a reprieve and made the most of it by dominating the defence. 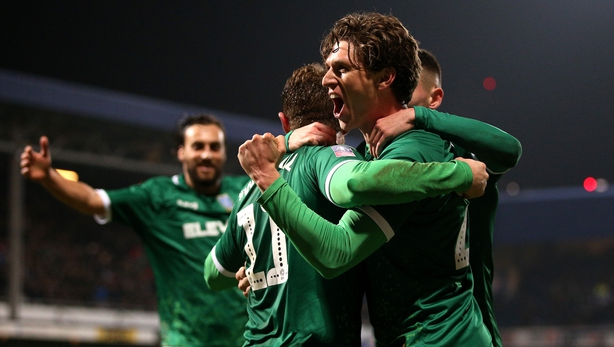 Another Ireland Under-21 international - Conor Masterson - played for QPR in their clash with Sheffield Wednesday and he also endured a difficult evening.

The Owls matched their best showing in the FA Cup since 1997 after strikes from Morgan Fox and Sam Winnall settled an all-Championship tie at Loftus Road.

The first half was drifting towards an uneventful conclusion until Fox saw his effort squirm just beyond Joe Lumley for the 26-year-old's third goal of the season.

After the break wastefulness from the hosts was punished as Winnall capitalised on slack marking to sweep home before Nakhi Wells made it 2-1 to bring some cheer to the home fans on a cold night in London.