Inter Milan winger Valentino Lazaro will have to wait for his Newcastle debut after finally completing his loan move on Friday afternoon.

Head coach Steve Bruce had hoped to include the 23-year-old in his team along with fellow new arrival Nabil Bentaleb for Saturday's FA Cup fourth-round clash with League One Oxford at St James' Park.

However, it's understood there was a delay in processing the paperwork at the Italian end and he will not be available until next weekend's Premier League fixture against Norwich.

The Austria international was nevertheless delighted to have got his move until the end of the season.

He told the club's official website: "I'm very happy to be here and can't wait to meet all my team-mates, get out on the training pitch and hopefully get a lot of victories in the future.

"I've only heard great things about the club. I've had good talks with the coach, so I feel very happy to be here now. Those conversations convinced me that this is the right place for me to come."

Bruce too was thrilled to have added the former Hertha Berlin player to his squad three days after landing Tottenham old boy Bentaleb on a similar basis.

He said: "Valentino is a quality player who'll add to us in attacking areas of the field, where we need to improve. He can play in a few positions, but he is a natural winger with an excellent delivery.

"We have worked hard to get him ahead of other clubs, so I'm delighted with what we've done. Along with Nabil Bentaleb, he'll give us strong options." 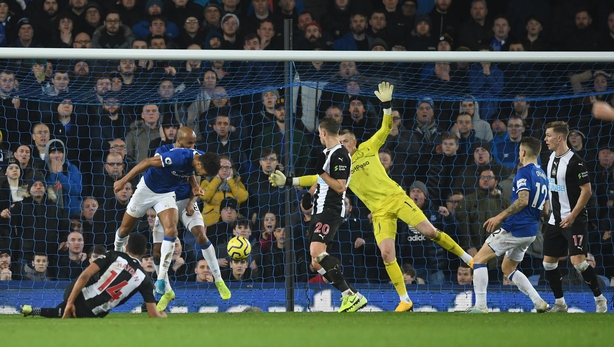 The reinforcements have arrived in the nick of time with Bruce's casualty list having lengthened once again in the wake of Tuesday night's remarkable 2-2 Premier League draw at Everton.

Wing-back Emil Krafth is facing up to six weeks on the sidelines with ankle ligament damage, while central defender Florian Lejeune, whose added-time double secured a point, suffered a groin injury.

Bruce said: "Emil, unfortunately, is going to miss the next six weeks. He battled on valiantly the other night, but it was a bad challenge he came under and he's done his ankle ligaments.

"Flo picked up a groin injury scoring either the first one or the second one the other night."

Newcastle will be roared on by a capacity crowd of 52,000 as they attempted to dispatch third-tier opposition for the second successive round, all the while conscious that Oxford dumped them out of the competition at the same stage three seasons ago.

Alluding to Tranmere's third-round replay victory over top-flight Watford on Thursday night, Bruce said: "We've got to respect Oxford for what they are - and they turned us over a couple of years ago, handsomely, and as we saw last night in the FA Cup... so we must guard against that.

"But it's a wonderful opportunity to get through."