Reports have emerged that the Spurs players believe they are regressing under the head coach's 'outdated' training methods while defender Danny Rose is said to have clashed with the Portuguese after being left out of the matchday squad.

But England midfielder Dier has refuted those claims and insists any unhappiness only stems from frustrating results on the pitch.

"Any club, when results aren't going well, is not a happy atmosphere," he said. "But it definitely isn't a negative atmosphere.

"I don't feel anything along those lines personally and I think everybody has been training very well, training hard, enjoying themselves in the same way as always.

"Like I say, when the results aren't good, nobody is happy. Only in that sense, though - nothing negative.

"The spirit has always been one of this team's greatest strengths and I still think it is. I don't think anything has changed in that sense.

"I don't know what these stories are about."

When asked about the training methods, which were described in Wednesday's newspaper article as 'like lower-league sessions', Dier was quick to defend Mourinho and his staff.

"Who is saying that? Maybe you lads know - I don't," he said. "But personally I have enjoyed it. I enjoy doing new things.

"It is always enjoyable to do different things and learn new things in football, so personally, I cannot say anything along those lines." 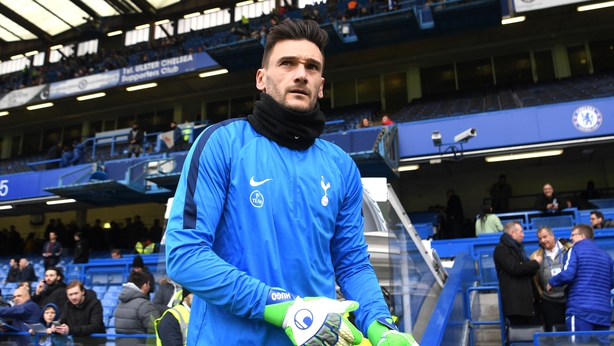 Club captain Hugo Lloris also rubbished such claims, insisting that everything is "positive".

The Frenchman, who made his first appearance under Mourinho in the 2-1 win over Norwich following a three-month injury lay-off, said: "I can tell you that it's completely wrong.

"The atmosphere is great, we can feel all the players involved and ready to fight for the club, the new manager and his staff.

"We cannot control everything you say outside but I can confirm the atmosphere is very positive. We're focused on our days and every competition we're involved in."

After a bumpy spell, Spurs got back on track against Norwich on Wednesday in what could be Christian Eriksen's final appearance in front of Tottenham's home fans.

Eriksen is widely expected to leave before the January transfer window closes, with Inter Milan keen on taking him to Italy.

The Dane's situation has turned into a saga, ever since he declared he wanted to leave in the summer, and some fans have booed him recently, feeling he is not fully committed to the cause.

But Dier has praised Eriksen's professionalism over the last few months.

"There is nothing negative you could say about Christian," he said. "I have been here almost as long as he has and he has always handled himself in the best way.

"He has always been one of the most professional players I have known and one of the best players at Tottenham on the most consistent basis.

"When you look, he has probably played the most games in that period. There is nothing negative to say about Christian.

"Whatever he has done, he has done with the best intentions. So he does not deserve that from anyone."